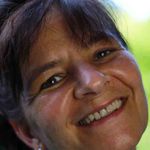 My writing career started when I was in my early twenties and since then, grew steadily over the years from investigative journalism, travel writing, business and copywriting, public relations - basically all forms of corporate communications. I still write for countless magazine publications and act as a consultant to many businesses and corporates on communications, marketing, writing and storytelling techniques, brand identity and reputation management. I am a qualified communications consultant and project manager in various industries. I am skilled and trained in all types of writing including fiction novels, short stories, screenplays, documentary scripts – everything except poetry. I already wrote a historical action novel Hinane currently available on my website.

$50 eBook Edition (Plus one free for a friend)

Receive a copy in digital form (PDF, Mobi, EPub) the moment it's launched, available to download instantly Plus one free digital download for a friend.

$100 eBook Edition and One Printed Edition

Receive a copy in digital form (PDF, Mobi, EPub) the moment it's launched, available to download instantly Plus one free digital download for a friend. PLUS one printed soft cover copy shipped directly to your door.

Group eBook Editions (10 digital downloads) and Printed Editions (10 copies) to share with your friends or to donate to whomever you choose.

$2500 Villain will be named after donor

The villain will be named after you - totally bragging rights o all your friends -
Plus Group eBook Editions (20 digital downloads) and Printed Editions (20 copies) to share with your friends or to donate to whomever you choose - with your real name as the Villain!

The hero will be named after you - totally bragging rights o all your friends -
Plus Group eBook Editions (20 digital downloads) and Printed Editions (20 copies) to share with your friends or to donate to whomever you choose - with your real name as the hero!

It's up to only one man to save the rhino

The story of Tsukudu, a rhino specie's fight for survival - and its nearby extinction caused by crude transnational crime syndicates

Just recently, I went through a tough emotional period when doing a series of rhino poaching articles. Watching the animals getting slaughtered almost now four a day, it feels, as a South African and growing up closely in the bush, that each time a horn is cut out, a piece of my heart goes with it.

Why am I so emotional about it? Why does it affects me personally so much? And since it's such a huge complex issue, what can I, a mere author, writer and producer do about it, as I am by no means a conservation or crime fighting expert? Especially now that the issue is covered at length almost on every channel in all media across the world.

“What can I do to contribute," I ask myself every day as headline after headline appear on my laptop screen.

As a South African growing up so close to them when visiting the Kruger National Park and other wildlife sanctuaries quite often, I cannot phantom a life, a country without these majestic horned animals - but they are racing to extinction at rapid speed, and in ten years time, according to the experts, we will have not a single rhino left.

In the old revered Zulu shaman from Africa, Credo Mutwa's The Mighty Rhino Story he tells:…
"In olden days, Africans honoured the rhino, respecting it, and in so much awe of it that a few tribes named themselves after it."

One small tribe – the Bedla people of the land of the Xhosa – used this sacred beast as its totem, calling the rhino the 'bhele'.

The Batswana people call a Rhinoceros 'tsukudu' – which means: 'the struggling animal' or 'the animal of mighty effort'.

African people regard the rhino with great reverence and use its horn not as an aphrodisiac or medicine, but as a weapon possessing great magical powers for annihilating and scattering enemies.

If you wanted to cause confusion among your enemies and force them to fling, you took a small piece of the rhino's horn (that had died of natural causes in the bush) and burnt it next to the enemy village.

In olden days, it was believed that killing a rhino would result in a curse on the killer(s) of the most sacred of the big animals. The curse would extend to their wives and children, grandchildren and great grandchildren.

To this day, when people who are friends suddenly quarrel and separate, Swazi people especially, believe that an unknown enemy has burnt a piece of rhino horn to bring about the dispute.

Rhinos have been an important part of a wide range of ecosystems for millions of years. At the turn of the 19th century, there were approximately one million rhinos left. In 1970, there were around 70,000. Today, there are fewer than 18,000 rhinos surviving in the wild and is diminishing by the day by ruthless poachers supplying an ignorant market.

According to the late Dr Ian Player, not even 20% of the money collected by the over 250 NGO's raising money in South Africa for the rhino cause reach the people on the ground, there where it's really needed by anti-poaching warriors and investigating units.

The conservationists fight a losing battle against corrupted government officials and police, unenforced or inadequate policies and legislation, and a world-wide organised syndicate of illegal wildlife smugglers, equal to that of human trafficking, gun and drug mobs, if not the same.

I view myself as a warrior, with the courage and determination to do something about this. And the warrior in me honours all the other warriors out there in conservation areas fighting for the survival of our rhino.

However, as we look at the history of this planet and counting all the species that have already gone extinct, isn't the rhino just one more of them?

And if this killing continue, the elephant's extinction would be next – being killed for its ivory. Then the next specie will go, like the tiger for its bone, the lions and cheetah, and the wild-dog, and then the next specie and the next, until there is not one single animal species left in the wild, been totally eradicated by humans and their constantly progress towards urban development and seeking of profit and personal gratification.

In tribute of this sacred majestic animal, I'm writing my next book, a first of three series environmental crime thriller novels, called: “Last Chance to Survive", documenting the story behind some of the most devious and appalling acts of the human history against a totally innocent beast - the rhino.

As Credo said:
It was believed that killing a rhino would result in a curse on the killer(s) of the most sacred of the big animals. The curse would extend to their wives and children, grandchildren and great grandchildren.

What this legend/myth really implies is absolutely unfathomable – and you can read all about it in my upcoming novel.

I cannot really change or do anything about it as I am not seen as an authority in the conservation sector.

However, I am seen as an authority on writing good stories and hopefully this novel will tell the story of our beloved rhino, its fight for survival and celebrating its gifted existence as one of the most iconic animals that ever roamed the earth – from antiquity till now.

This book is for anyone interested in crime thrillers and ecology. You can also visit my blog as I regularly post updates of my research and happenings around the poaching crisis found here: www.lastchancetosurvive.com

Primary market / readership is those enjoy reading crime thrillers with a specific interest in environmental and ecological affairs.

Crime thrillers are designed to do one thing: thrill. Strong characters, tight plots, and an emphasis on action over flowery prose drive this genre to daring storylines, which this book certainly has.

The current Eco-thriller markets demonstrate that there is a huge interest, however I do not have exact figures to outline here and I suspect it would be biased and arrogant to even try to determine how big such a market is due to so many factors influencing it online and offline.

I'm writing it nonetheless and know I have a strong market appeal due to the rhino poaching being in the media which shows a trend not easily diminishing soon.

When the first gunshot fired, every muscle in Tsukudu's massive rump shuddered and strained. The stir of the thick gray skin and the sense of danger alerted the oxpeckers feeding off the parasite insects upon his back.
They fled in a frenzied commotion with sharp, hissing shrieks. As the tick birds scattered, Tsukudu's heart rate increased. He jerked his elongated head as if to shake the staccato firing sounds and the subsequent all too familiar, but despised human smell reaching his nostrils.

The resounding gunshots and rotating thuds of the helicopter's swishing blades should be an acquainted incidence by now, but inside Tsukudu it always elicited intense memories of pain, abandonment and terror.