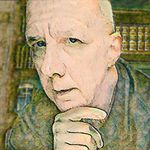 Charles Bastille self-published his first series of books in 6th grade, when he folded up stacks of notebook paper and wrote/illustrated hand-sized comic books called “The Adventures of Dr. Maums,” and distributed them to classmates. He has been writing fiction ever since.

He has had several books on web software development published by Sybex, IDG, and Wiley.

He retired from the software development business to concentrate on fiction writing. MagicLand is his debut novel.

He currently lives in Atlanta, Georgia.

You can find him at https://charles-bastille.com/

C.E. White wrote and self-published his first major works when he was in sixth grade. Using notebook paper, he created little palm-sized comic booklets called The Adventures of Dr. Maums, which circulated around several classrooms.

As he says: "Somehow, I not only did not get bullied for that, but the little booklets always came back to me. A bit worn, but in one piece. Lots of people read them. I did about 30 of these. I’d say that’s when I knew I’d eventually be a professional fiction writer."

He has been writing fiction ever since. Most of his fiction has been stored away, as he worked day jobs, first in the advertising industry as a creative director and later as a software engineer.

He has published software development books for such publishers as Sybex, IDG, and Wiley, and was a co-author on the industry classic, "HTML, XHTML, and CSS Bible" from Wiley.

He has an extensive background in software engineering, marketing communications, and graphic design.

He is now writing full time.

MagicLand, to be published by Morgan James Publishing, is his debut novel.

Be among the first to read (and hopefully, review) the novel. I'll send you a link to a digital copy of the book prior to publication. There, you'll be able to download a copy in the eBook format of your choosing.

I hope that you will review the book on your favorite bookseller site and Goodreads or other online book aggregation sites.

Get an autographed copy of the first print run of the book, and updates (through my newsletter) on the second novel of this series, as well as other relevant news. Sneak peek printed versions of the book are available NOW. The publication date is not until December 7, 2021, so you'll get an advance copy directly from the author.

Get 4 copies of the book, plus a signed and personalized letter of thanks. Also, upon your approval, your name will be included in the acknowledgment section of the second book in the series, tentatively named A Journey to Gath, as a HUGE thank you for supporting this campaign.

All the perks of the first two bonuses. But I suspect that when you read MagicLand, you'll have some ideas of your own. How often have we read a book where we say, "It would be so cool if..."?

This bonus brings your own ideas to the world of MagicLand. Using a different set of characters, provide me a short (one or two paragraph) presentation of your idea, and I'll write a short story generated from that idea and publish it with idea credits to you either online, or, if I get enough of these, in a separate eBook (probably self-published, but who knows? If MagicLand becomes a big seller, I'll be able to get such a short story collection traditionally published, and you will be a legend!).

For ideas on how such a short story might look check out these MagicLand shorties:

Your idea doesn't need to be thoroughly thought out. You don't need to name your characters, or even have much of an idea of who they are. Just your vague idea will suffice.

The MagicLand timeline covers more than 2,000 years, so there's plenty of room for new stories and characters! Have some fun!

$300 Your Idea Becomes a MagicLand Short Story AND reading

Same as the "Your Idea Becomes a MagicLand Short Story" but in this case, I'll read the completed short story in a Zoom meeting with your Book Club prior to publication.

Note: All stories will be G or PG-rated, with no profanity or sex. So if your "book club" is an extended family, that works, too!

All the perks of the first two bonuses.

The second installment of the MagicLand series will take our heroes on a journey to Gath, where they'll encounter a number of interesting characters!

They'll meet sorcerers, both good and evil, bandits, vagabonds, desperados, misanthropes, mutants, and more. Name a character for this second novel and I'll include it in the second novel. If the name isn't a good fit, I'll work with you until we find one that is.

I was a professional creative director and haven't lost the touch or the software skills. I can create and design flyers for you or your organization ready for you to send to your local copy service for printing. It will look professional because it was made by a professional. Whether you need flyers for a book club or just need to find your lost cat, I'll have a PDF ready for you in no time. Plus, you'll get 10 books. How does it get any better than that?

My web development experience was at places like eBay, PayPal, and HP. In fact, I literally wrote the book (several, in fact) on web development. Maybe you need a website? I can do a simple one for you quickly, or recommend how to get up and rolling on your own using one of the many services now available for those on a budget who need some help with lift-off.

You may be wondering about the advantages of WordPress over Squarespace (or services like it), or vice versa, for example. Or perhaps you need some help customizing graphics. I can help there, with proven methods that have been applied at websites with millions of users.

And, of course, you get a bunch of books. 25 of them. You can give them out to your school district and even your church. MagicLand is a profanity-free zone.

Maybe you need something more robust than a simple flyer. I'll create an awesome brochure for you. I'll write and design it. You just tell me what you need. Plus, of course, you 10 books. You can give them out to your school district and even your church. MagicLand is a profanity-free zone.

This one is for those who just absolutely must share the Magic of MagicLand. You'll get 50 copies of the book to distribute as you like. Remember, MagicLand is a profanity-free zone, so the books can go pretty much anywhere.

On a future Earth where magic and technology have been at war for two thousand years, can one kiss change the fate of the world?

On a future Earth where magic and technology have been at war for two thousand years, can one kiss change the fate of the world?

When a young actor from Gath crash lands outside the magic land known as Moria, he’s rescued by a young Morian priestess in waiting, Aurilena.

The two find themselves drawn impossibly towards each other in the midst of a war between two distinct species of humanoids: her people, the magicians of Moria, and his people, the Gath, whose tremendous intellectual and physical capabilities are programmed into their DNA.

Together, the two discover a terrible secret that lies at the heart of the centuries old conflict between MagicLand and Gath. It’s a secret that leads to a kiss that could end the war once and for all. The only question that remains:

A recent article in the New York Times entitled The Teenagers at the End of the World explored the angst of young people growing up in a world facing disastrous climate change (https://www.nytimes.com/interactive/2020/07/21/magazine/teenage-activist-climate-change.html).

Is it possible to provide younger readers an acknowledgment of the extreme environmental catastrophes they face and still entertain them? I believe authors in a time of pandemics and climate change (the two are related) have a unique opportunity to talk about the issues the generation that is inheriting our mess is facing.

We can do it without terrorizing them, and with words of hope about the human spirit. Humanity has overcome extreme, existential peril in the past, and it can again, and it is partly our responsibility as writers to bring heroes back into our writing. MagicLand is my attempt to do so.