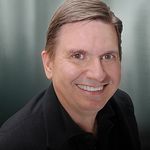 Bill Rader is a 5x serial entrepreneur and the author of "The Venn Effect" Featured on NBC, CBS, and other media. Bill was a columnist for Forbes and Inc. writing about entrepreneurship and business. To date, he has launched five ventures, including his most recent Efferent Labs, Inc., and orchestrated multiple M&A’s. In Oct. 2014, Efferent was a winner in the world's largest business contest 43North.

Bill Rader is a life-long entrepreneur who sold his first company at age 18. To date he has launched five ventures, including his most recent Efferent Labs, Inc., and orchestrated multiple M&A’s. In Oct. 2014, Efferent was a winner in the worlds largest business contest 43North.

Bill started Efferent Labs after inventing the medical infusion device RxFusion in 2009. Since mid 2011, he has created alliances with major universities, merged a university sponsored startup into the company, and now hold patents to many promising technologies. Information available at www.efferentlabs.com

Bill writes the column "Leadership & Viewpoints" for Inc. and is a paid columnist for Forbes Media.  He has had more than 1,500,000 people read his stories.  In the past, Bill was a contributing editor to Triple D Publishing's Home Theater Magazine.

In 2015 Bill had a successful exit from the company he founded in 1998, Raland Technologies, LLC, a consulting and products company. He grew the company organically as well as through M&A. The company grew substantially during his leadership, landing it on the Inc. 500|5000 list with worldwide clients and operations.

Get first access to “the Venn Effect” in electronic format before anyone else, ready to read on most tablets, phones, and computers.
You will be supplied the electronic version after the final version is ready for print, but before printing occurs.

Get first access to the print version of “the Venn Effect"
As soon as copies are ready, you will have your book shipped out first.
1 copy

Get a rare limited edition of “the Venn Effect“, signed by the author.

This level says - "Yes, Bill, I'm with you!"
Thank you for being an "Angel Investor." Every book pre-order counts. Every Angel Investor receives:
* 2 print books (signed by author)
* ebook version
* You will be named and thanked in the books acknowledgements, and will receive an invitation to the exclusive soft-launch event, as well as the launch events.

You will receive a personal "Thank you" from the author.
Bill will also personally sign all 10 copies for you to keep, give away or donate.

Be amongst the limited number of patrons who will be named and thanked in the books acknowledgements, and receive an invitation to all launch events.

Get 20 print copies of “the Venn Effect“ - great for a workshop or company retreat. + 1 signed by the author.

Get 25 print copies of “the Venn Effect“ - great for your company. + 1 signed by the author for yourself. A great and supportive way to get this essential book across the goal line.

All sponsors will be named and thanked in the books acknowledgements, and will receive an invitation to the exclusive soft-launch event, as well as all other launch events.Bonus description

Get two signed copies of “the Venn Effect” + Interview Bill for your publication, radio or tv show, magazine, podcast, etc.

2 signed copies, 23 additional to share with staff or production crew.

Get 40 print books (perfect for a company event or networking happy hour). Some or all books at this level can be signed if requested.

Bill will be the Keynote Speaker for your event.

Ensure the success of your next big event by having Bill Rader as your keynote speaker! (excluding travel)
Bill will talk about entrepreneurship, do a meet and greet with your selected guests, and also be available to sign books.
100 print copies
+ 100 ebook copies

How one entrepreneur went from selling sea shells to treating cancer

How to find success at what you love, what you're good at, and what makes enough money.

Entrepreneurs can be made, but this one was born.

Bill Rader started his journey at a very young age, building his first standard rite of passage business, and grew it to the largest eleven-year-old owned and operated business in the community while obtaining his first education in business. These early trials propelled him to his first licensed business at age 16.

Referred to as his first real business, as it had paid employees, licenses, insurance, and government run-ins - Bill grew this company and sold it while in his senior year of high school. He also learned his first and most valuable lesson in business:

The Venn Effect holds the promise to be a game changer in entrepreneurship. Entrepreneurs can be born or made, as long as they learn, understand and employ these lessons learned from a life-long entrepreneur.

The Venn Effect premise is simple: first do what you love then do what you know. Lacking either, failure is guaranteed. These are just two of the business lessons that Bill discusses in his popular keynote entitled the Venn Effect. Now, he is taking the keynote to book form, diving deeper into his world as an entrepreneur with not only lessons but tips on how to get ahead, be noticed and succeed - even if faced with a life-changing disease.

The Venn Effect is a fast-paced, easy read. You will want to turn the page to see whats next. Just like with his speeches, Bill grabs his audience and is able to move them along through real-life experiences that can be both funny and thought-provoking.

Let the Venn be part of your life!

The Venn Effect can be experienced by anyone who has a desire to succeed.

The Venn Effect is a story with its pulse on contemporary culture, especially with Millennials, who are rapidly growing as leaders in the workplace. This generation looks for inspiration and loves stories of challenge and triumph.

The Venn Effect draws from the authors past experiences to create a better future for himself and others. Similar to the best seller “The Art of the Deal” The books narrative opens with the history of the author, around the year 1978, then steps the user through trials, ups and downs of business through today.

In a similar fashion to the best seller “The Art of the Start” the book provides actionable information, providing a value to the reader.

The stories about the business life of the author are highlighted in his articles published on Forbes and Inc, and are used as part of the books narrative to highlight his lessons and tips.

Readers are expected to be startup and other entrepreneurs and business owners, business students or others who want a measure of entertainment sprinkled in with the substantive content. The story line, being a historical timeline, provokes the reader to go deeper and examine their ideas and methods.

The most important benefit of this book is the real life examples of both success, and also failure in business.  How one can leverage an idea and ultimately change the world of countless others.  The idea being, that anyone can take a few simple lessons and make their world better.

Aspiring entrepreneurs including: business owners and leaders, leaning strongly into Millennials, whom might be thinking about  building a company.

Most of these entrepreneurs can be found in the following type places and organizations:

Marketing plans for the book include the following:

The Venn Effect has been described as a hybrid of three best sellers.  Bill's life and business experience has a similar tone,  and page turning effect that these examples:

The Art of the Start 2.0: The Time-Tested, Battle-Hardened Guide for Anyone Starting Anything - Guy Kawasaki - (2015) Published by Portfolio.  Guy uses his experiences over the years to give a step by step guide to starting a business.  His experiences and instruction are great and outline simple steps to taking an idea and turning it into a business.  The Venn Effect also shows steps in certain areas, but the story itself is the guide that uses real-life experiences to highlight the value off the information and tips presented.

The Third Wave: An Entrepreneur's Vision of the Future - Steve Case - (2015) Simon & Schuste.  Steve uses his experience and understanding of tech to tell a page turning story of business and what he contends is the "third wave" of business.  The business Bill Rader founded (Efferent Labs) is effectively what he talks about in his book.  The similarity that The Venn Effect provides is again the engagement with the reader that provides the page turning aspect and desire to learn more.  The main difference is the detailed examples of what to do, and not to do, that separates the Venn from Wave.

Trump: The Art of The Deal - Donald J. Trump - (1987) Random House. Mr Trumps Art of the deal is primarily a minute by minute review of his daily life in 1987.  It talks of deals and provides information and tips of his early success and failure in business.  Similar to the Art of the Deal, Bill starts in his early life, allowing a glimpse of where he came from, as well as how he has grown from his early experiences. The Venn Effect takes a different approach though.  Rather than a lot of self aggrandizing narrative, The Venn Effect concentrates the highs and lows in a introspective and "lessons learned" approach, not requiring the reader to read through minutia to get to the point.

The 7 Habits of Highly Effective People: Powerful Lessons in Personal Change - Steven Covey (1989) Free Press. In his book Steve talks of "true north" and specific ways to create personal habit that lead to change.  The Venn Effect uses Bills real life experience to guide the reader and thus allows the reader to make small changes to alter their course to a better outcome.