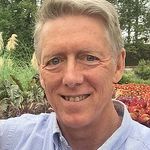 Allison Bailes writes the popular Energy Vanguard Blog. With a PhD in physics and thousands of hours spent in attics and crawl spaces, he knows houses.

With a background in physics and nearly twenty years of experience in many facets of the residential buildings industry, Allison Bailes has a good handle on what’s wrong with residential buildings and how to fix them. In 2001, he built a high-performance home and launched himself into a new career in the world of building science. Since that time, he has worked as an HVAC designer, home performance contractor, regional manager for a green-building program, and building science trainer. For most of this new career, Dr. Bailes has run his own companies. Energy Vanguard, which he started in 2008, is his current firm.

At heart, though, Dr. Bailes is a teacher. He taught high school science for three years prior to earning a PhD in physics from the University of Florida and then taught physics for six years at the college level after his graduate education. Since leaving academia, he has focused his teaching on the principles of building science. Through short presentations, workshops, and extended classes, he has helped thousands of people understand how buildings work.

What Dr. Bailes is most known for is writing the Energy Vanguard Blog, which gets ten thousand page views per day. He also writes regularly for Green Building Advisor and has had articles published in Fine Homebuilding, The Journal of Light Construction, Home Energy Magazine, and other publications. Dr. Bailes is also popular speaker at conferences, presenting keynote speeches, breakout sessions, and extended workshops. In addition, he is a runner, a juggler, and a skier as well as having the honor of being perhaps the only man included in Who’s Who of American Women.

Invest a little; get a lot.

One for you, two more for people you care about.

We Americans may be mixed up about units, but you don’t have to be confused about how houses work with ten copies of this book.

You’ll get:
• 10 printed, signed copies
• 10 free digital copies
• Your name listed in the book as an Advocate
• One-hour free consultation with Dr. Bailes

Think of all the things you can do with 50 copies of this book: Use them in your business, hand them out to contractors, or give them as presents to all your nephews and nieces!

You’ll get:
• 50 printed, signed copies
• 50 free digital copies
• Your name listed in the book as a Booster
• One-hour webinar by Dr. Bailes tailored to the needs of your organization

You’re the kind of person who knows a good thing when you see it. And you want the building science message to be spread far and wide. You’re a real champ!

You’ll get:
• 100 printed, signed copies
• 100 free digital copies
• Your name listed in the book as a Champion
• Half-day workshop with Dr. Bailes (travel expenses extra), or one month of advertising in the Energy Vanguard Blog

You’re on a mission. Busting myths and spreading the good word to anyone who has anything to do with homes is your aim. You know this is the real deal and want to get in early and go big. My appreciation for your contribution will know no bounds.

You’ll get:
• 250 printed, signed copies
• 250 free digital copies
• Your name listed in the book as a Benefactor
• Full-day workshop with Dr. Bailes (travel expenses extra), or three months of advertising in the Energy Vanguard Blog

Just a quick update here to thank you for helping to get my book off the ground.  The campaign got nearly 300 more pre-orders in the last three days and I hit my goal of 1,000 pre-orders.  Yeah!  Thank you!

Since the campaign ended, I've had conversations with several publishers and have gathered some good information.  My goal of having the book in your hands this fall seems doable.  I'm hoping you'll get it in October or November.

Of course, the main thing I need to do now is finish the book.  I've cleaned out part of my basement (and delayed the demolition and remodeling in the meantime) and set up a desk (photo below) where I'll do the writing.  It's not the most attractive space, but the point is to eliminate distractions and just work on the book.

Since the campaign ended I've heard from several people who wanted to pre-order but missed the deadline or found out too late.  Soon I'll set up a page on our website to continue taking pre-orders, so watch for that in the next week or so.

Thank you so much for pre-ordering the book!  I really appreciate it.