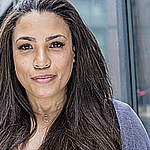 Don't Tell Anyone is my first full novel. I have always had a passion for writing and so have a few unfinished stories saved.

I work in HR but have always wanted to write a book. I started writing Don't Tell Anyone in March 2022 but put it on hold whilst I moved house. I picked it up again in August 2022 and finished my first draft in October 2022.

I have found that although I have tried to write many genres, romance is the one I have managed to write with ease. I am currently working on a second book in a series I am calling 'Breaking the Rules'. This is the book of Alex and Sebastian who were in Don't Tell Anyone.
Pre-order

$10 Receive an e-book copy of the book

If you contribute $10 you will receive and electronic copy of Don’t Tell Anyone.

$25 Receive a paperback copy of the book

If you contribute $25, once the book is published you will receive a paperback copy of the book.

$40 Signed copy of the book

If you contribute $40, once the book is published you will receive a signed paperback copy of the book.

$100 Signed copy of the book and an author zoom call

If you contribute $100, once the book is published you will receive a signed paperback copy of the book. We will arrange a date and time for a zoom call where you can ask me any questions you have in relation to the book.

When you don't play by the rules you created...

Megan works for Cooper as his assistant, but that doesn't stop them from crossing the line at the Christmas Party. When they can't stay away from each other, rules are made...and broken.

Cooper Jackson is my boss. Which is why my indecent thoughts about him must stay just that—thoughts. But no matter what I do, I can't get him out of mind. Not his dazzling blue eyes, or the way his voice makes me feel, or the spark that shot through me at our first touch. All I can think about is what one night with him would be like...

I haven't been able to look at another woman since Meghhan Taylor started working for me a year ago. She’s shy and reserved and the opposite of the usual women I date. So why does she hold so much of my interest?

Things get out of hand at the Christmas party. Mistakes are made, and I wasn’t strong enough to stop them. That's when we agree to some ground rules…

Rule number one: Don’t tell anyone…

Meghan Taylor is a 5ft 5' blonde haired, green-eyed beauty, who hides herself behind baggy clothes and a bare face. She has worked for Cooper Jackson, Managing Director at Jackson and Associates, for nearly two years and has a massive crush on him. Cooper is a 6ft 4' guy with light brown hair and ocean blue eyes. Because of her crush, Meghan has a hard time looking Cooper directly in the eye.

Meghan has been responsible for organising the Christmas party and completely forgot that she had drunkenly agreed for her friend, Alex, to choose her outfit. Alex dresses up Meghan and she draws the attention of Cooper, although he's had his eye on her for a while. They end up hooking up at the Christmas party, although Meghan doesn't remember all of the details, and she runs away in the early hours.

Come Monday, Cooper believes that Meghan wants nothing to do with him after the Christmas party so continues to treat her as normal. That is until later that night when they are working alone in the office and he accidentally brushes her arm.

Meghan got caught up in the moment and so runs from the office. Cooper comes to her apartment later that evening and they end up hooking up again. This time Cooper is the one to run. He tells Meghan it is a mistake and that it can never happen again.

Over the weekend Meghan’s best friend comes to visit her and they go out and give Meghan a makeover. On Monday morning, with Alex's pep talks fresh in her mind, Meghan struts her stuff in the office and Cooper doesn't really like it. Men are flirting with her but she's his and so they should stay away. There is an eventful scene in the filing room that causes them to agree to some rules.

Due to work they don't really see much of each other over the rest of the week and so when Meghan goes out with Alex and see's Cooper with another woman touching him, she believes that he doesn't want her and so proceeds to have a good time.

That night she goes home with Cooper and ends up sleeping over most of the night. She doesn't run away this time but she isn't there in the morning as she had to get ready for work. He tells her to meet him at his apartment that night and proceeds to go to lunch with is mom. He starts to have doubts that he is good enough for Meghan and so that night when she comes over she finds him in the shower and they make love.

The next day, Meghan doesn't go to work as she received a devastating call from her dad about her mom. Cooper can't get to her until later in the evening and is worried about her all day. He is there for Meghan that evening, making sure she eats and comforts her when she needs it. He takes her to the airport and waits with her until her plane is boarding.

While she is away, Meghan learns that she is pregnant. Although she spoke to Cooper when she first left, after a while she didn't hear from him as much. She goes to see him once she has learnt the news but overhears him in his office with another person. Instead of confronting him, she runs away and moves back home, cutting off all contact from Cooper. Understandably, Cooper doesn't take this very well, he loves Meghan but won't chase her down when she's been clear she wants nothing to do with him.

We pick up seven months later when Meghan is walking down the street and sees Cooper. She thinks she is seeing things so goes into the shop she was heading to. Cooper follows her in, and confronts her, he thinks she's with someone else now.

Meghan goes into labour and this worries Cooper. He tries to call her an ambulance but she won't let him, insisting that she will drive herself. He agrees to take her but when she won't tell him the name of her baby's father he demands to know. She reveals it is him.

Once the baby arrives, they go back to New York after Meghan has agreed to move in (into the spare room) with Cooper. Cooper's feelings for Meghan haven't changed and so he formulates a plan to win her around. He still hasn't explained the other woman to Meghan, and so she is reluctant to let her walls down around him.

He teases her by walking around the apartment with no top on, doing small things for her and moving her into his room when she falls asleep on the sofa.

Eventually, Cooper decides to propose to Meghan and so arranges a dress and accessories for her, sends her flowers, asks Alex to babysit and has a makeup artist and stylist go to the apartment to pamper her.

On the rooftop of the restaurant he has chosen, he explains about the misunderstanding and proposes to her. She accepts the proposal and the epilogue picks up one year later at their housewarming. They are married and expecting their second child.

The epilogue sets up the second book in the 'Breaking the Rules' series, which I am currently writing.

The day I met Cooper Jackson will forever be ingrained in my mind. I remember how my breath caught in my throat, how my mouth went dry, and the way my skin tingled at the contact of his skin on mine as he shook my hand. It was a simple introductory meeting at a job interview, but deep down, I knew this was the start of something. The start of something that would change my life forever. It was the start of our story; of how Cooper Jackson and I would come to be.