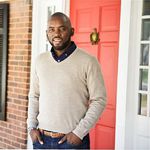 Narratives of Openly Gay and Lesbian Teachers in Independent Schools

How LGBTQ educators can feel safe bringing their complete selves to work.

Embed Out and Visible

Lesbian, gay, bisexual, and transgender (LGBT) individuals have always had a presence in education. Despite established heterosexual norms associated with learning, LGBT teachers are taking an increasingly visible stance in school settings.

In a report on the state of independent schools regarding LGBT issues, Jennings’s (2004) findings were “startling,” concluding that “anti-LGBT language remains rampant” on independent school campuses (p. 104). Thus, nondiscrimination efforts, while commendable, appear far from producing institutional contexts that exemplify the same gains for LGBT teachers and educators that have been achieved by the LGBT community in society at large.

Analysis from the scholarly field of LGBTQ studies informed the conceptual framework of this study of the experience of gay and lesbian teachers in independent school settings.

Pre-existing theories point to the integration of identity, sexual orientation, and acceptance to combat the multiple strands of sexuality, such as heterosexual norms, fear, shame, and advocacy (Birden, 2005; Epstein, 1994; Jackson, 2007). The work and theories of two researchers were instrumental in the design of this study and in the focus of the research questions—namely, Troiden (1989) and Jackson (2007).

Their work provides clear guidelines for researchers who want to influence the lives of LGBT people.

In Out and Visible, Philip McAdoo presents findings and recommendations based on narratives of more than 40 men and women about why they teach or specifically of, coming out.

The intent is for readers to use it as a resource for self help and community as well as advocating for their students. LGBTQ youth, teachers, and anyone who struggles with identity.

This book is for LGBTQ educators, youth and their allies. They are questioning, they are concerned, they are scared, they are leaders, they are teachers and they are alone. They believe in access to quality education and that LGBTQ educators needs safe spaces. It is about the experiences of LGBTQ teachers and what leads them to teach and education. To find a sense of community, safety, and support.

CHAPTER 1: SEXUAL ORIENTATION, TEACHING, AND ME

Few books have addressed research for teachers to turn to as a resource for classroom practice but here Kumashiro draws on interviews with gay activists as a starting point for discussion of models of reading and challenging oppression.

2. One Teacher in Ten in the New Millennium: LGBT Educators Speak Out About What's Gotten Better . . . and What Hasn't by Kevin Jennings

Twenty completely new stories of negotiating the triumphs and challenges of being an LGBT educator in the twenty-first century.

For more than twenty years, the One Teacher in Ten series has served as an invaluable source of strength and inspiration for lesbian, gay, bisexual, and transgender educators. This all-new edition brings together stories from across America—and around the world—resulting in a rich tapestry of varied experiences.

From a teacher who feels he must remain closeted in the comparative safety of New York City public schools to teachers who are out in places as far afield as South Africa and China, the teachers and school administrators in One Teacher in Ten in the New Millennium prove that LGBT educators are as diverse and complex as humanity itself. Voices largely absent from the first two editions—including transgender people, people of color, teachers working in rural districts, and educators from outside the United States—feature prominently in this new collection, providing a fuller and deeper understanding of the triumphs and challenges of being an LGBT teacher today.

3. Difference, Diversity, and Distinctiveness in Education and Learning (Review of Research in Education) 1st Edition by Laurence Parker

Turning the question of "what works" in education on its head, Difference, Diversity, and Distinctiveness in Education and Learning, a volume of Review of Research in Education, digs into recent salient research that examines learning contexts within critical literacy, scientific literacy, and teacher education.

General trends and shifts that have taken place in lesbian, gay, bisexual, and transgendered (LBGT) youth in education research

Much of the focus of anti-homophobic/anti-heterosexist educational theory, curriculum, and pedagogy has examined the impact of homophobia and heterosexism on gay, lesbian, bisexual, and transgender (GLBT) students and teachers. Such a focus has provided numerous theoretical and pedagogical insights, and has informed important changes in educational policy. Queering Straight Teachers: Discourse and Identity in Education remains deeply committed to the social justice project of improving the lives of GLBT students and teachers. However, in contrast with much of the previous scholarship, Queering Straight Teachers shifts the focus from an analysis of the GLBT «Other» to a critical examination of what it might mean, in theory and in practice, to queer straight teachers, and the implications this has for challenging institutionalized heteronormativity in education. This book will be useful in courses on educational foundations, curriculum studies, multicultural education, queer theory, gay and lesbian studies, and critical theory.

Things are good now. High school was really rough for me. One thing I still feel a lot of anger about was there were no openly gay people in my life. I didn’t know gay people could be smart or respected or contribute to the community in exciting ways or have happy lives or be loved.

There’s not anybody in my life who doesn’t know that I’m gay. If you ask me “What’s one thing about you, what would jump to mind?” it would be the word “gay.” That is such a strong part of my identity. In addition, before woman, before teacher, before everything else, you know, that list of twenty identifiers? “Lesbian” would be at the top of the list.