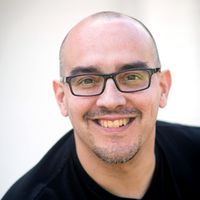 Dave McClure is a venture capitalist and founding partner at 500 Startups, a venture capital firm & startup incubator headquartered in Silicon Valley founded by PayPal and Google alumni, with over $150 in assets under management. Dave has been geeking out in Silicon Valley for twenty-five years as a developer, entrepreneur, startup advisor & investor, blogger, and internet marketing nerd.

From 2008 thru 2010, Dave managed the FF Angel seed investment program forFounders Fund, and ran the 2009 fbFund incubator program on behalf of Facebook, Accel Partners, & Founders Fund. From 2006 thru 2008 Dave was an advisor & consultant to several startups and helped teach the nation's first-ever class on Facebook and social networking platforms at Stanford University in 2007. From 2005 thru 2006 Dave ran marketing for job search engine Simply Hired. From 2001 thru 2004, Dave was Director of Marketing at PayPal(acquired by eBay in 2002), where he started the PayPal Developer Network program. Prior to PayPal, Dave was a database consultant & programmer for several companies, including Microsoft and Intel. In 1994 he founded Aslan Computing, an internet & e-commerce consulting group later acquired by Servinet / Panurgy in 1998.

Before coming to Silicon Valley, Dave barely graduated from the Johns Hopkins University with a BS Engineering in Mathematical Sciences and a minor in frisbee, billiards, & foosball. His interests include microfinance and economic innovation, entrepreneurship and venture capital, ultimate frisbee, cartoons and animation, and an ever-growing collection of funny-looking hats.

For more info on Dave see: LinkedIn, Crunchbase, Angel List, or his blog: Master of 500 Hats.