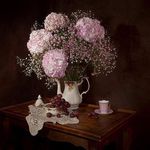 M. S. Grimes is an author who writes in many genres. Grimes current work is a dystopian thriller. She started writing at a young age dabbling in short stories and poetry. Grimes enjoys traveling which may be from moving around so much. Today, she is writing novels across the board as well as enjoying reading, dancing and hiking.

Although, 16
Surrogated is different than my previous work. It has issues most people can relate to from testing friendship to reproductive rights. The some issues Eddi faces are issues I have dealt with in my own life in a variety of situations.

All pre-orders will receive a signed ebook.

Including the signed ebook you get a chance to have an online hangout and write in with the author of 16 & Surrogated, M. S. Grimes!

You will receive a signed print copy of the 16 & Surrogated.

With the signed ebook you can also find a thank you in the acknowledgements. Limited to 25 people, get your in-text thank you in 16 & Surrogated.

In addition to the signed ebook, you will also receive a print copy of the 16 & Surrogated.

A dystopian thriller in which a girl gets mixed up in a rebellion she hardly new exsisted.

Eddi, a 15-year-old student is currently at Agnes' School for Girls preparing for her upcoming surrogate test. Eddi and her best friend Celia manage to stay out of trouble for the most part until they discover Celia is pregnant, not only before her surrogacy for the government but also by a teacher at Agnes'.

As Eddi and Celia do their best to hide Celia's pregnancy they end up in a whirlwind of trouble. Eddi meets people  she never even knew existed and starts to question the government herself. This leads her into a troubling spot that Agnes' never prepared her for. All this and studying for her exam, Eddi begins questioning herself.

Eddi discovers Celia is pregnant, she resolves to help her hide her showing.In the midst of hiding the pregnancy both Eddi and Celia work towards protecting each other. They get caught.

The girls are sent to a detention center, they are separated to be interrogated. They also meet rebels, one in particular, a boy their age who may be able to help them out. The boy they meet is also the son of the scientist. Eddi and Celia find out more about the boy and manage to head off to see his father.

At the lab, Eddi discovers something much more sinister than the rebels thought the government was doing with the surrogacies when they find out they are up in arms. In the midst of this presidential campaigns may allow legislation changes, that would be able to save Celia and now Eddi.

Thrown in jail now, for treason, Eddi is thrown into an interrogation that changes her perspective. As her 16th birthday and presidential campaigns end she is faced with the surrogate exam, pass she becomes the government's surrogate, fail, she is faced with something even more pressing.

Eddi and her friends manage to escape with nowhere to turn, and more weight on the situation as the government plans to rush their plans. Eddi is taken in by rebels, her family is in danger and she has no way to alert the public of what is going to be happening. As her world is turned a complete 180, by new facts, she in running for more than just her life. Will the information Eddi has reach the public in time? Will Eddi make it in time?

16
Surrogated target audience predominately includes men and women age 14-35 internationally. Although, other peoples may find themselves attracted to the content in the book. Readers want this book because 16
Surrogated allows them to not only get lost in a future world but to fall in love with the characters and their dilemmas because they can relate to the situations they end up in. They root for the characters, cry for them and experience the emotions they do. Not only that but readers will find themselves  coming back for issues that have been relevant across time.

Grimes is currently active on Twitter, Goodreads and Google+, making social media the main platform for 16
Surrogated. Grimes also participates in a number of offline communities as well, extending the marketing platform.

Similar works include Bumped by Megan McCafferty and The Handmaid's Tale by Margaret Atwood.  The differing aspect you will find in 16
Surrogated is that teen girls in this society are forced to surrogate for the government and the infants are kept by the government.