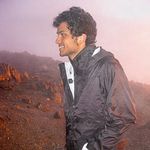 Vijay is a statistician, a writer, and a backpacker.

Before graduating from Duke, he visited over 35 countries, spent two summers working in the tech industry at Microsoft, dabbled in NBA analytics, became 106 & Park's Livest Fan, and was published in the Economist's letters. Currently, he is working in Seattle as a product manager for Xbox specializing in analytics.

By delivering this contribution, you will be the first to get access to the book when it's released! Limited to the first 25 contributors!

You will be the first to receive access to the e-book immediately upon release!

Limited edition -- be one of the first contributors and receive the print version of the book immediately upon release for a discount!

Take advantage of this offer and be the first to receive the print edition of the book!

Take advantage of this opportunity to be the first to receive the book in two forms: both in print, and in e-book!

Your generous donation entitles you to:

Thanks for your support!

Best value -- receive 5 copies of the physical book for just $49. Perfect for classrooms, libraries, and keepsakes!

For your generous donation, you will be the first to receive:

Thanks for enabling this project to happen!

A Brown Man in Russia

Perambulations Through A Siberian Winter

A brown kid from California finds acceptance as he backpacks through frigid Siberia.

Embed A Brown Man in Russia

This book is a reminder to those who feel marginalized, hopeless, or endlessly divided that harmony is achievable even in the most unlikely of places.

This book is for those who recognize the discordant nature of our world in a time ripe for demagoguery, and who want to make it better. 6 in 10 Americans think the state of our race relations is poor and 65% view Russia in an unfavorable light. Follow an American minority backpacking Russia in search of something a little less divided.

There are a few reasons why this book is compelling.

First, it is an unordinary story that I have a uniquely interesting perspective to share from. An American in Russia is interesting enough; couple this with the fact that I am a minority, I travelled in the dead of winter, and I explored the innards of the country with only a backpack and no comprehension of the Russian language, and you have something that people will want to read.

Second, this book is very timely. Relations with Russia are at the nadir since the Cold War. Moreover, the state of race relations within America is bottoming out, leading to a feeling of division, and giving rise to increasing demagoguery. A book that explores these very current feelings of despair and outputs hope is one that will be welcome at this particular point in time.

My vision for this book is a hybrid between the curmudgeonly travelogues of Theroux and the fictionalized philosophical works of Pirsig. In the vein of Hofstadter, I will lay out my book with a series of absurd stories (all of which are true) followed by a deeper philosophical discussion on what it means and why it matters.

Story: When I first arrived, the Russian lady behind the counter refused to believe the person in the passport picture was actually me.

Lesson: Appearances are transient; life persists in a matter of stages & our character binds us.

Story: Trying to get to Gallina's Flat was a massive struggle. I did not have a phone or data, I couldn't read Cyrillic, and exiting the subway station was like deciphering hieroglyphics. Finally, I relied on the help of a perfect stranger to find the place.

Lesson: You're reminded of your own insignificance when you travel somewhere new. It is important to remain humble & to help those in need.

Story: First night out. Thinking about renting a car to get to St. Petersburg. Roaming the streets. Meeting a teacher from Abu Dhabi who ended up at the same hostel. Calling her an Irisher.

Lesson: You can do anything you want to do. Life has a strange way of setting you up with unexpected encounters. Always be careful of how others feel.

Story: Getting tickets was impossible.

Lesson: The DMV experience is not a unique American experience. It happens everywhere. You just need to learn to relax and live with it. Don't let anger ruin your life. Don't worry about things that fall outside of your purview/control.

Story: Sbarro's was the worst dining experience of my life. But for a homeless person it was the best.

Lesson: Nothing has to be a failure. Try to turn every experience into a positive. Have no regrets because at the very least you learned.

6. Neither Rebel, Nor Obliger

Story: Russian police officer tells Avi to not take a picture. He takes it anyways. Russian gatekeeper tells me I can't get into Kremlin with student discount. I demand it anyways.

Lesson: There is a tradeoff between openly flouting authority and following rules blindly. Question rules, but be respectful. Why should I follow a rule if it's nonsensical?

Story: I walked into the Party Train Hostel and the guy asked, "Are you a criminal?" Later, I got called out for using stereotypical language.

Lesson: Stereotypes hurt; sometimes jokes aren't funny. Empathize with others when they relate their experiences; but try to have thick skin.

Story: I went to the market and everyone tried to guess what race I was. A restaurant owner attempts to rip us off. Avi thwarts a pickpocket attempt and is thrown off a bus.

Lesson: Don't play your hand too early. People are always trying to take advantage of you. Be mindful and use your uniqueness to your advantage.

Story: The hostel named themselves Party Train but didn't let us socialize inside.

Lesson: Don't try to be something you aren't.

Story: Me and Jeremy get into a fight over who should get the seat next to a random stranger.

Story: Slava destroyed us in chess, talked with us, and kept my iPod shuffle charged.

Lesson: There are good people everywhere. No matter how smart you think you are, there's always someone smarter.

Story: A group of Russian Army kids calling themselves the "Space Army" came up to me in a debauched state and harassed me for photos.

Lesson: Sometimes the best thing to do is roam aimlessly. You don't need to be in Paris, Milan, or New York to have fun. Embrace absurdity.

Story: A guy in a swastika t-shirt comes up to me on the train. This precipitates a frantic search for someone who can speak english that tens of people participate in. We talk for hours.

Lesson: Don't judge a book by its cover. Humans are innately friendly and social creatures. Open yourself up to them.

Story: The girl and her younger counterparts were eager to paint a rosy picture of Russia. In reality, she has to deal with the same problems from older generations that we do (sexism and alcoholism).

Lesson: Each passing generation becomes flatter and more caring, but there is always work to be done.

Story: This girl mentioned that people from the North Caucuses commit all the crimes and get away with it, but when Russians committed crimes against them it was taboo.

Lesson: Her thoughts parallel America’s race relations and how racist folks use the same argument about Blacks. If this was the embodiment of the new, less racist Russia, how much progress has really been made?

Story: Throughout the trip, people were fascinated with viewing my passport and the stamps from the countries I've been to.

Lesson: This made me recognize two things. First, I am lucky to have this unprecedented opportunity to see the world that 99% of others don't have. And second, English is the passport to the world.

Story: I was catcalled in the train before finally someone shouting out "Wu Tang Clan" caught my attention and forced me to stop, laugh, and interact.

Lesson: You need to learn to embrace curiosity or you will have a tough time being happy in the world.

Story: A random stranger bought us pancakes after seeing me drop my cereal box on the floor. Jo started a cultural exchange with us. Alexandra took us out to dinner at Govinda.

Lesson: The good things in life you do will come back to reward you. These seeming strangers are parts of our hearts forever.

Story: A group of children traveling to a hockey tournament befriended us. They made us feel more accepted than any grown man or woman did.

Lesson: Learn from the great things that kids do before they are inundated with heuristics for fearing others.

Story: The most universal message in Russia was Tupac's "West Side" symbol.

Lesson: Hip-hop is one culture that has spread everywhere. When in doubt, name drop a rapper.

Story: A guy in Camo forces us into his car. We end up at our hostel instead of walking 40 minutes blindly in -40 weather.

Lesson: Sometimes you just have to take that leap of faith.

23. A Vegetarian Lost in Translation
Story: Avi can't find food anywhere because the Mongolian language does not have a word to describe the concept of vegetarianism.

Lesson: The struggle for common understanding is sometimes difficult, but it can always be overcome.

Story: Mongolia Christmas consisted of watching a man bite another man's ear off, the smashing of many bottles, and the unexpected appearance of hundreds of women dressed as Santa Claus.

Lesson: At the end of the day, life is about maximizing happiness and the nights you remember. Always embrace those moments because you'll draw on them the rest of your life.

Story: We spent the coldest Christmas of our lives in a Mongolian yurt atop a Buddhist monastery.

Lesson: Meditation and reflection in the company of good friends can change your life.

Story: Chinggis Khan remains the most important man in the country of Mongolia.

Lesson: The victors write history. Always be cognizant of reality.

Vijay is a statistician, a writer, and a backpacker. In his four years at Duke, he visited over 35 countries, spent two summers working in the tech industry at Microsoft, dabbled in NBA analytics, and was published in the Economist's letters. Currently, he is working in Seattle as a product manager for Xbox specializing in analytics.

I have spoken on this topic before at TedXDuke, and I hope to be able to leverage this video to drive interest around the book. Moreover, I maintain a personal blog wherein I hope to drum up excitement around this topic as well.

And last but certainly not least...

Thank you for supporting this book and my journey to getting published!