Jake Newfield is the Vice President of Business Development at Alumnify, an alumni engagement app backed by 500 Startups in Silicon Valley.

Jake graduated from Brandeis University in 2013 with concentrations in psychology, philosophy, and legal studies. He is an adept triathlete from Needham, Massachusetts, where he grew up with his siblings Jessica, Michael, and Talia. Jake still engages in weekly conversations with Cal, every Sunday evening.

Jake is a part-time writer for Tech Cocktail, where he writes about sales, business development and startup life.

+ Honorary sponsorship inside the book

A Cloud In The Sky

A glimpse into the philosophies, lessons, and regrets of an old man.

Embed A Cloud In The Sky

My story is not extraordinary.

In fact, it is hardly unique from any story you might hear from any Polish Jew who grew up in the Lower East Side during the height of the depression. But most people choose not to listen to these stories, because they're scared of what they might hear. And they should be - because what they hear could drastically change the way they view themselves.

This is a story that needs to be heard. The unfortunate reality is that people don't spend enough time thinking about what they want out of life. Instead, they live it, look back, draw conclusions about what they did right or wrong, and close the curtain.

After spending every Sunday evening for over three years visiting my ninety-year-old grandfather, I learned his past, his regrets, and his secrets; all which I am grateful to have discovered before the same truths reveal themselves when I reach his age. 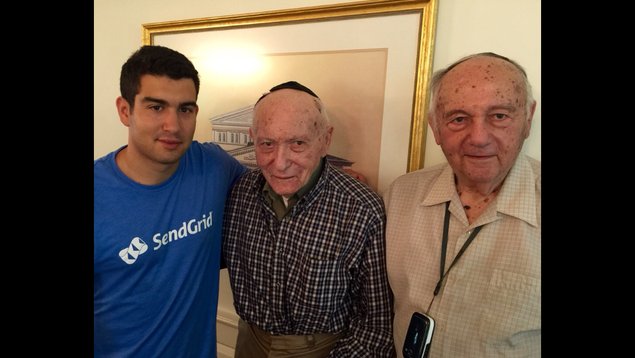 This book didn't start as a book. It started when I discovered a fifteen-page journal my grandfather had written while in a hospital. The memories seemed too heavy to be hidden in a bookcase, and so I typed them up. Looking back, that initial document that I typed up was effectively my minimum viable product.

I have more than two hundred hours of recorded dialogue; choosing what content fits best will require input from viewers. I will optimize the structure and organization of the story by measuring response and gauging reaction from readers.

I will post content and related ideas on influential sites, to gain a (relevant) viewer base. Raising awareness through traditional marketing strategies is ineffective; targeting those who have expressed interest or are related to those who do is ultimately more impactful.

I will stage a more substantial launch; reaching first the initial readers and expanding. The cost of the book will be low; under $10.00. Gaining viewers is more important than earning revenue, early on. A low cost begets a low barrier to entry.

My existing network will serve as an early platform. The content in the story is tailored to be attractive to a large, versatile audience - which will enable scalability and virality.

Once the second iteration is launched, the initial eBook will include a link to the updated paper copy for a discounted price of the new version. This will not only incentivize and reward readers, but will also enable me to build an email list of my current audience. An email database will enable me to reach readers for updates on the new version, and is ultimately the most direct and effective tool for growth.

The impact of this story has no barriers; anyone interested in looking at their life as more than just a day-to-day narrative should open this book.

Fans of Tuesdays with Morrie will enjoy this story. 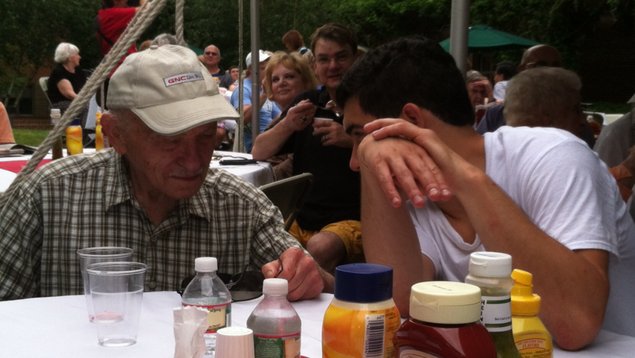 An event-based background of the main character, Cal. Highlights of significant events which hold meaning throughout the story. Insight into the actions, events, and subsequent regret, guilt, and philosophies that make the characters who they are. Verbatim dialogue from conversations from over sixty years ago help to set the scene.

A contemporary introduction to the characters; memories from a calm state of interaction. Fleshes out characters, and sets the scene modern-day setting.

A swift change that sets the tone for the remainder of the story. Cal undergoes an event that causes his entire life to change, and introduces a new chapter of his life. A reflection on the sudden impact of time, and the importance of family and passion.

A call to action. A fifty-year-old memoir is unveiled. Opens a discussion about guilt, ambition, and the separation of important versus trivial things. 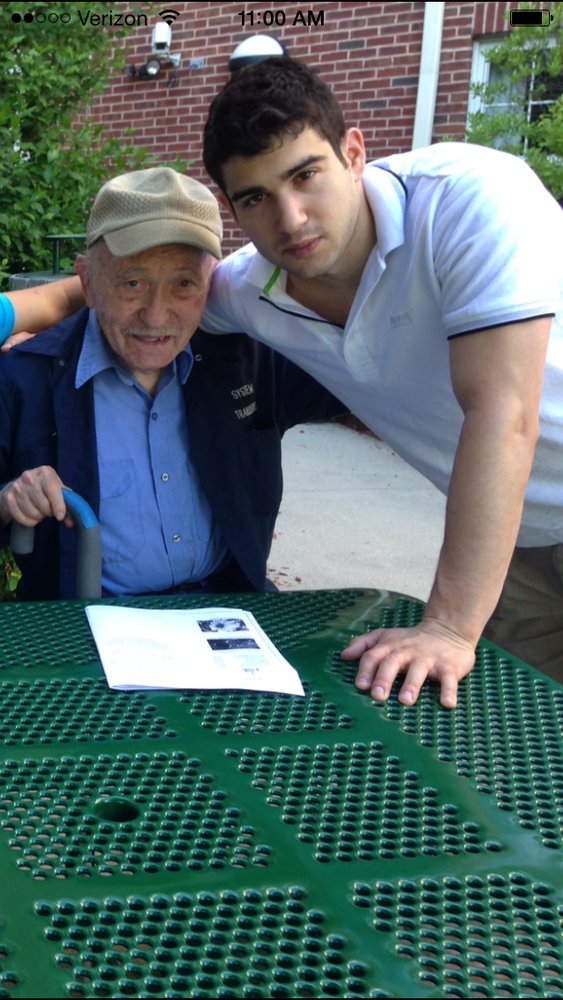 The implications of time upon Cal; reflections on earlier life. A look at the impact of religion, friendships, and hope.

Cal reveals his current goals and aspirations. A plan is created and ignited.

Time heals some things, and not others. The guilt the character feels, and the implications it has on his own history. Which events caused the character to form his current view, and how they shaped him as an individual.

Another swift change occurs; another move. A shift in priorities and outlook. A new understanding of what makes people who they are.

The character's ultimate conclusion on life, and its meaning.

The characters new look at his brother, and new found appreciation of relationships.

Self-forgiveness, an observation of aging, and the principle of asking questions simply to hear them answered.