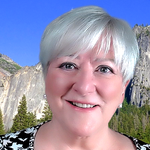 Roberta Fernandez is a novelist from Minnesota. She is also a serial entrepreneur, having founded six very different businesses. A sequel to A Knock on the Door is currently in the works.

In my sixty three years of life, I didn't know that I had a story waiting to be told. A serial entrepreneur, I have founded six very different businesses, but never saw writing on my radar.

In 2006, I attended a week-long memoir writing class in Guatemala, conducted by a best-selling author whose worked I had followed since the 80's. Joyce Maynard was much kinder to me than I was to myself, and she worked hard to get my best work out of me, in spite of myself. While it was a wonderful experience, I determined that writing, especially about myself, was not a talent I possessed.

The workshop did, however, give me confidence to write in a more structured way for my profession. I'm a Board Certified Hypnotist. I've self-published two books, written curriculums, and blogged topical and inspirational content online regularly for the past seven years.

Fifteen years after the Guatemala workshop, I used self-hypnosis to find the inspiration to write something fun. I love relatable characters that I feel I know intimately. I'm excited to watch the story unfold as I type, and I wonder what's going to happen next. That's what I hope my readers will experience. A sequel to A Knock on the Door is currently being written, and I've got two more ideas tumbling around in my head. Who knows what words will flow across the screen in the next fifteen years!

Buyer gets to decide which to keep, which to give
Mailed or emailed to the addresses of your choosing
Email KnockAuthor@gmail.com with questions
You'll get:

2 autographed books
The first two chapters of the sequel, yet to be titled

4 autographed books
A character will be named after you in the sequel that is currently being written.

5 days only, Offer expires June 28
Free shipping
Where else can you get a holiday gift for $13??

$2600 in Minnesota, $3600 in the continental US
Unlock the Power of your Creative Potential using Self Hypnosis
3-hour live workshop
30 participants
30 signed books
Available to engage directly with your attendees afterward
Email KnockAuthor@gmail.com with questions

I'm 50 chapters in to the second in a series! When you read this teaser for the next book (untitled as of yet), you are DEFINITELY going to wish you had read  A Knock on the Door! There's only SIX days left to pre-order your copies. With the Take me over the Top bonus it's only $13.00 per copy! Happy holiday shopping, all!

Here's your sneak peak at Lori's next adventure:

Prologue
The boy dangled his legs over the side of the dock. His toes barely registered the icy water as his mind swirled in the images he had seen an hour ago. The sound of gunshots still rang in his ears. He should tell his mom, but he wasn’t sure if she would believe him after all the trouble he’d been in. He knew he should tell the police, but he had little faith these small town cops would believe anything he said. Being black in Virginia wasn’t much different than Mississippi. He was in a place he shouldn’t have been, hanging with a kid he was forbidden to be with. A clear violation of the agreement with the local judge that had kept him out of the juvenile detention center. His teeth found what was left of his craggy fingernail. What if they find me?

The sudden blow to his head erased any further potential of thought, as his body collapsed against the old, splintered wood beneath him. Concrete made the splash much bigger as his body disappeared into the dark, settling into the thick grasses deep at the bottom.

The man uttered a sarcastic, “Sleep with the fishes, kid.”

Dante’s question had been definitively answered.

Chapter 1
Lori stared at the stacks of books on the table in front of her. Her fingers absently slid over the embossed letters of the book’s title. A Knock on the Door. She leaned back in her chair, a deep sigh escaping her lips.

The symbolism of the title sometimes overwhelmed her. It triggered visceral emotions that transported her back in time. First, to the memory of the sheriff delivering the news of her husband's death. Then, the sound of Carl Baxter knocking on the door where things could have gone very badly. The former Director of the NSA, Jack’s murderer. A year later, knocking still evoked the horrific moments that had profoundly changed her life. Her fingers trembled slightly as her peripheral vision caught movement of the young woman approaching from her left.....