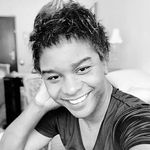 Thank you for supporting A Woman in Turmoil. The campaign is over and I am in discussion with a publisher . As you probably know the book was first published in  French and needs to be translated in English. The translator Agency is working on it and I will keep you inform. The project should take the whole year of 2021 but I expect to have the book published by december 2021 at the latest.

Thank you very much for your contribution.