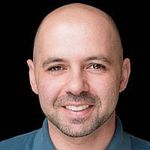 Vitaly M. Golomb is a venture capitalist, serial entrepreneur, keynote speaker and author of Accelerated Startup who has been involved with startups since his teenage years. He is a Global Corporate Venturing 2017 Rising Star and leads global investments at HP Tech Ventures, the corporate venture arm of Silicon Valley’s original startup. He is a contributing writer to TechCrunch and a consistently top-ranked mentor at a number of startup accelerator programs in the US, Europe, and Asia. He lives in the San Francisco Bay Area and travels to over 20 countries annually to consult and guest lecture to corporations, associations and universities on entrepreneurship, innovation and design.

+ Immediate delivery of:
- Ch. 1: The Importance of Innovation to Society

+ Immediate delivery of:
- Ch. 1: The Importance of Innovation to Society

+ Immediate delivery of:
- Ch. 1: The Importance of Innovation to Society
- Ch. 8: Equity

+ Immediate delivery of:
- Ch. 1: The Importance of Innovation to Society
- Ch. 8: Equity

$250 Dinner with the author

Silicon Valley Venture Capitalist and Serial Entrepreneur teaches how to succeed in taking your startup from idea to product to company.

Silicon Valley Venture Capitalist and Serial Entrepreneur teaches how to succeed in taking your startup from idea to product to company. Accelerated Startup takes entrepreneurs through the startup minefield from fostering revolutionary ideas to building the right team and launching the product to raising angel and venture capital to finding the first 10,000 customers and ultimately taking the company to a successful exit. It is filled with practical lessons learned from years of hands-on experience, until now, available only in top startup accelerator programs.

"Vitaly has nailed the things you need to think about as you start a company." – Robert Scoble, Partner, Transformation Group

"As startups take over the world of business, understanding how to create one is more important than ever. Vitaly explains how it is done in Silicon Valley, where the lessons can be applied to any entrepreneur in the world." – Brad Feld, Co-founder, Techstars and Managing Director, Foundry Group

"This book is filled with wisdom about entrepreneurship, fundraising and startup life (including its compromise). It is a valuable read for anyone interested in business, regardless of where they are in their own careers." – Robin Wauters, Founding Editor, Tech.EU

“If only every entrepreneur would read this book, they would save themselves huge amounts of pain and suffering.  Vitaly guides you through not just the how, but also the why, of launching and growing a company.  This book is so much more valuable than all the shallow blogs and tip sheets entrepreneurs are bombarded with.  Thanks, Vitaly!”  – Bill Reichert, Managing Director, Garage Technology Ventures

"The book I wish I had read before embarking on the crazy journey of tech entrepreneurship." – Renaud Visage, Co-founder and CTO, Eventbrite

THE IMPORTANCE OF INNOVATION TO SOCIETY

Startups depend on coming up with something new—a better, faster, cheaper way of solving an existing problem or an entirely new idea that disrupts the way we think about it all together. The drive to do something different, to make something that didn't exist before, has led pioneers to launch new businesses since there were such things as businesses. Our fertile startup environment may be home for more of that activity than any previous period. But innovation itself is hardly unique to our time.

Human history has been marked by technological innovation ever since the first hominid stood up and sharpened a stick. From improved hunting and digging tools through the development of plows and pottery right up to today's smartphone, the human story has been one of attempts to use technology to improve the environment and tailor it to our needs and to relieve the burden of manual labor. Innovation is simply part of human nature, and has been from the beginning. Technological innovation may be moving faster now than ever before, but we're not the first generation to live through a technological paradigm shift.

Technological innovation has been so fundamental to the course of human history that it's provided the names we use to demarcate certain stages: the Stone, Bronze, and Iron Ages, and the Agricultural and Industrial Revolutions. The term “Stone Age" today is a synonym for primitive, but it was in fact a time of significant innovation. Starting about three and a half million years ago and ending a few millennia BCE (depending on what part of the world we're talking about), this period took humanity from rocks shaped into basic cutting tools through the mortar and pestle and other tools used in agriculture.

Following the Stone Age came the Bronze Age (with some overlap, of course). Bronze is an alloy of copper and tin, and at first, the metals likely came from nuggets found at or near the surface melted by cooking fires. Eventually, people learned to mine the metals and developed more advanced smelting techniques to improve the alloy's quality.

Moving from stone to metal let people create tools and weapons more precisely shaped and fitted to their tasks. In a pattern that would be repeated in subsequent technological revolutions, such advanced tools enabled new developments in other areas. For example, metal axes and woodworking tools made it easier to cut and shape wood, leading eventually to the design of wheels with spokes. They also made it possible to build large structures out of wood rather than stone.

Following the Bronze Age came the Iron Age, which included the smelting of iron with carbon to produce steel. Working with steel and iron enabled the production of tools that were stronger than bronze tools for the same weight, or lighter and cheaper for the same strength.

These developments also accelerated the agricultural revolution, in which humankind transitioned from hunting-gathering economies with temporary settlements to more permanent, larger communities. This transition was made possible by the ability to grow more food and feed more people, thus sustaining an increased population and inviting the division of labor. That in turn produced second-order innovations: surplus food demanded sturdy, reliable storage containers, which led to advances in pottery. (And the ability to store food for the non-growing season was another factor encouraging the growth of permanent settlements, since it reduced the need for migration.) A permanent large settlement also permitted specialization in labor, so that some people could become bakers while others became toolmakers. Such specialization spurred technological innovation in each niche.

That's another example of how the effects of technological innovation are not limited to just their first-order, direct effects. Similarly, as humans domesticated animals for food, they were also able to use them for other purposes than just meat. Wool from sheep, goats, and llamas, for example, provided the raw material for cloth and spurred the development of tools for shearing, spinning, and weaving.

The same kind of feedback loop characterized the Industrial Revolution of the late 1700s through the mid-1800s. Beginning in Britain, it was a time when hand manufacturing was replaced by machine manufacturing and the human and animal muscle power was replaced by the steam engine. Steam powered new means of transportation, such as the locomotive and the steamship. At the same time, the telegraph, invented in the early 1800s, enabled instantaneous long-distance communications for the first time. These developments opened up settlement in new regions—think the American West—which demanded still more new tools.

Today, of course, we're in the middle of another technological revolution, started by the development of electronics and digital technology. This revolution has seen the invention of the personal computer, a communications and learning tool unparalleled in human history. It's also seen the rise of the Internet, which enables collaboration and communication instantly across the entire globe. More recently, the innovations in mobile technology have put all those capabilities in your pocket—once the province of science fiction stories like Star Trek, they're now within reach of even the poorest citizens of the world. These technological developments have and are having massive effects on society both within countries and globally.

Even these innovations, remarkable as they are, are about to be superseded by the wearable computing paradigm, started by products like Google Glass and smart watches, and the Internet of Things, which will turn every device into a connected sensor. With people connected basically all the time and sensors and devices communicating with our computers and themselves, we can expect yet another second-order period of innovation in devices to take advantage of these new capabilities. Already, the combination of wearable computers and Internet-enabled exercise devices is ushering in a boom in electronic health monitoring tools, a good example of how new technology can produce a revolution that, in turn, spurs the development of still more new technology. And with each technological paradigm, entrepreneurs that can see the future can solve the same problems over and over again. Each time cheaper, faster, and better.