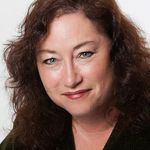 A prize-winning journalist, Laura Preble has extensive experience in education as well the personal experience of raising a son with high-functioning autism.

Laura has published three YA novels with Penguin’s Berkley Jam imprint (the Queen Geek Social Club, Queen Geeks in Love, and Prom Queen Geeks) as well as  the LGBT-themed dystopian novel Out (currently in development for film and television),and Lica’s Angel.

She won a Kurt Vonnegut Fiction Prize for her short story, "The Murder of Crows";  her work has been published in the North American Review, Hysteria Magazine, Scribophile, NEA Today, Writer’s Digest. She is a former journalist with the San Diego Union-Tribune. As a journalist, she was awarded the Copley Ring of Truth award as well as a Janus Award for business writing.

Laura worked previously as a public relations director for the San Diego Repertory Theater and for Walcher Inc, a media and public relations firm in San Diego. Her campaigns for all of her books has been extensive, resulting in favorable media clips from both print and television.

You'll get one copy in print and ebook form, plus you’ll get exclusive access to updates, manuscript revisions and an invite to join my community. *This bonus is limited to the first 50 readers.

You'll get one signed and personalized copy in print and ebook form, plus you’ll get exclusive access to updates, manuscript revisions, and an invite to join my community.

You'll get one print copy +3 to share with friends at discount, in print and ebook form, plus a HUGE thanks from me in the acknowledgements section. You’ll also get everything in the previous bonus.

You’ll get a personalized 45 minute partial-novel manuscript private feedback session via Skype to improve or start your next draft. 10,000 words or less. I'll provide feedback on a recording of the session and “next steps” actions will be included.

Limited to 10 people! Also, you’ll receive 10 paperback and digital copies of the book.

Receive 30 copies of "Anna Incognito" and a personalized thank you note. Thank you for your support and helping this book reach more hands! Plus a big thank you in the acknowledgements.

Come to my home in Southern California and spend a weekend writing with me! I have a gorgeous resort-style home on nearly an acre, with beautiful gardens, a sparkling pool and spa, and a lot of room and quiet for writing, eating, talking, and talking about writing! You have to get yourself to San Diego, but once you're here, you're my guest. Five signed copies of the book included....maybe you'll even finish your own novel while you're here!
(TRANSPORTATION IS NOT INCLUDED...and arrangements for timing of your visit will have to be made with me privately...but we're pretty flexible to almost any time of year. It's always beautiful in San Diego!)

Well, it's down to 12 more days of this campaign, and it has been a wild ride!  I am so grateful to ALL of you who purchased preorders, and I am really confident I'm going to get a great publisher to take on this project. I have interest from five already, and the project hasn't even been formally pitched yet! That's largely due to my great preorder sales, which is all of YOU!

I really, really need to get to 250 preorders to be able to get pitches to the independent publishers that I want to work with. I am currently at 221 (just like Sherlock Holmes' address!)  so I am super close. I could really use your help.

If you can make a personal appeal to someone who loves books, loves to read, or just loves to help, that can make all the difference. Sharing on Facebook or other social media is great too, but directly asking someone you know to help is even more powerful. Whatever you can do, I appreciate. You've already pushed me so close to my goal!