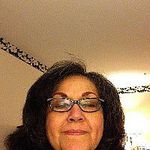 An international labor and employment discrimination lawyer who became one of the first international law consultants to work under the North American Agreement on Labor Cooperation of the NAFTA.

Leticia Cuevas, an international lawyer, has written extensively on age and gender-based discrimination. As a Legal consultant on Mexican Labor Law, Ms. Cuevas was selected to work under the first submission on freedom of association for the US Department of Labor under the Labor Side Agreement of NAFTA administered by the National Administrative Office (US NAO). Again selected for the US NAO’s second submission in 1997, Ms. Cuevas focused on the issue of pregnancy-based discrimination in Mexico. The investigation complemented her earlier work and was recognized as a pioneer for raising awareness of all forms of discrimination against women in Latin America. Ms. Cuevas was a key presenter on the topic for women’s rights amid all of the overt forms of public and private employment discrimination against women.

Ms. Cuevas is the Executive Director of an International Law firm focusing on regulatory framework compliance in Latin America and the Caribbean. Academic credentials include a BS (sociology /journalism) from Pace University- New York, a Law degree focusing on Labor Law from the Faculty of Law and Social Sciences at the University of the State of Morelos (UAEM), Mexico, and a Master of Laws (LL.M.) in International Trade and Banking from Washington College of Law-American University, Washington, DC. Ms. Cuevas published her law thesis on labor discrimination in 1992, US Copyright Registration Number TX0006234132/2005-08-25.

-All pre-order single copies within pre-sale date will be dedicated and have a signed autograph by author.
.

Pre-orders of 5 copies,
and receive:

-A certificate to attend a 1.5 hour online webinar on Putting a Stop to Ageism.

$500 Sponsor inside the book

The Age Discrimination in Employment Act (ADEA), whose purpose is to protect workers from age 40 through 65+ prohibits ageism. Therefore, the EEOC is cautioning employers that older workers shouldn't be excluded upon their return to work even if no harm is meant when planning their return-to-work measures.

ASIAGE touches upon what it means to allow older workers to decide whether or not to work from home and thus be included in workplace safety measures.