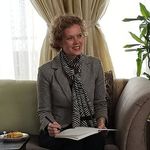 Laura is an independent writer and researcher. She has been actively working on the unresolved Kashmir dispute for over a decade.

Laura Schuurmans (Dutch) is an independent writer and researcher. She has been actively working on international security issues in the wider South Asia region, with a prime focus on the unresolved Kashmir dispute between India and Pakistan. She actively started to analyze the Kashmir conflict from 2008 onwards, and has been publishing on the issue in a variety of international newspapers and academic journals.

She also participated in a variety of international seminars in both Asia and Europe. From 2011-2013, she was a post-graduate researcher at Peking University in Beijing, which is one of Asia’s leading universities. During this period, she focused on China’s foreign policies with neighboring countries including Pakistan, India, and also Iran. Based in Jakarta where she has lived for over twenty years, she has actively witnessed the development of the political Islam in one of the world’s most populated Muslim nation, adding to more in-depth understanding of international security issues that involve religion, and which potentially could turn into extremes and into violence.

Starting in 2015, she has primarily focused on writing her book on the Kashmir dispute. On an almost daily basis, she has been interacting with people from the Kashmir region to generate more understanding of today's ground realities and the overall regional dynamics. She visited the Pakistani side of Kashmir on various occasions. The main purpose of her book is to bring the aggrieved parties of the conflict together and find ways and means to initiate a long lasting peace dialogue. Due to the political sensitivity of the Kashmir dispute, she has rejected any financial assistance enabling her to take all viewpoints into an objective perspective.

1 Copy of the autographed limited edition of the book "Azaadi, Freedom & Change."

2 Copies (One for you and one for a friend) of the autographed limited edition of the book "Azaadi, Freedom & Change" + Invitation to the book launch.

3 copies of the autographed limited edition of the book "Azaadi, Freedom & Change" + Invitation to the book launch + A Big Thank you mention in the book.

5 copies of the autographed limited edition of the book "Azaadi, Freedom & Change" + Invitation to the book launch + Your name mentioned in the book.

10 copies of the autographed limited edition of the book "Azaadi, Freedom & Change" + Invitation to the book launch + Your name mentioned in the book.

300 copies of the book "Azaadi, Freedom & Change" + invitation to the book launch + Your organization’s/individual's name mentioned in the book as a Sponsor. A special section of the book will be designated to write something about you or your organization.

Dear friends around the world,

Hope all is well.

In the event it has not yet been clear I officially ended my campaign with Publishizer earlier in September. I opted for 'self publishing' and am committed to deliver a hard copy of the book to you all once it has been published.

Family friends, however, encouraged me to continue searching for a publisher. I approached some publishers and started receiving positive feedback. Recently I received the academic peer review comments from one reputable publisher who went through the entire manuscript. They suggested modifications that I am working on after which they will review the resubmitted manuscript. The process will take a long time as traditional publishers are not in a hurry getting a book on the market and I need time to incorporate the modifications.

Please do email me if you have any questions. You can reply you this message or email at schuurmans.laura@gmail.com.

I will no longer use the Publishizer platform for any communication and this will be my last update. Once I have concrete news, however, I will email you from my email.

Thanking you for your patience and support.