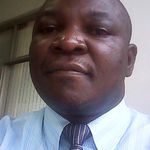 Eric Shikuku is a Manager/Mathematics tutor, well-versed in Startup and Social Entrepreneurship, who has bounced back successfully from storms of life generally, and particularly in the workplace and in relationships.

My training in Entrepreneurship, especially in Impact Businesses, enough to know that 90% of startup business ventures fail on or before celebrating their fifth birthday, leaving their owners devastated with unfulfilled dreams of prosperity owing to inherent dry spells of ideas and capacity; I feel more enabled to touch their needs in this therapeutic piece of work (and side support) to help them bounce back even more successfully.

In this era of social media and improved communication technologies which have ushered in dry spells in communication, where break-ups have become a norm, I am a safe pair of hands as a peer educator to victims of relationship break-ups.

$20 Offer for Peer Counseling in Relationships

Befitting Target Group
Readers who are generally struggling with relationships in different aspects: infidelities, lies et al. from their partners.

My Qualifications
At 49 from a humble background, I have walked a tightrope and weathered storms in my life and especially in my relationships that span close to 30 years. I just dissolved my 20-year marriage to save myself of heartache, suicidal thoughts and imminent death.

$100 Offer for Homework help with High School Mathematics and Chemistry

My Qualifications
I am a BSc. Mathematics and Chemistry; I have more than 10 years experience teaching Mathematics in High School.

Kindly pre-order 25 copies of my book Cataclysmic Dry Spells for 500 dollars and I will offer you and 5 of business-owner friends free assessment of your Businesses, offer LIMITED professional input in remodeling your Business Strategies and Business Plans, and walk with you to profitability+access to my regular newsletter updates+a signed copy of my book+a personalized thank you card for you+ add your name to my acknowledgements page and and give your name a shout out on my social media platforms

My Qualifications
I am a MBA specialized in Start-up and Impact Businesses.

Kindly pre-order a minimum of 25 copies of my book Cataclysmic Dry Spells for you and your friends starting from 500 dollars and I will offer you and/or your 10 references UNLIMITED coaching in SAT, GMAT & GRE+access to my regular newsletter updates a signed copy of my book+a personalized thank you card for you+ add your name to my acknowledgements page and give your name a shout out on my social media platforms

My Qualifications
I am a BSc. Mathematics and Chemistry; I have 10 years experience coaching college bound Juniors and Seniors in Quantitative/numerical aspects.

A woman's well-concealed cheating of 15 years with fellow men of the cloth induces a sexual dry spell in her husband who in turn cheats; the man's lover's text is intercepted by the spouse causing a scuffle in which she leaves her phone behind opening her whole world of illicit sexual affairs and ending their admirable 20-year marriage.

Zoar, a respectable Church Elder, Known for his strong moral stance on issues, falls into an affair with Abigah - Simon’s mistress of seven years, who has just survived a knee operation after her 2-year abandonment while battling with Arthritis.

Zoar’s wife, Magdel, an outstanding church leader, intercepts Abigah’s love text; furious she storms out leaving behind her phone. Out of impulse, Zoar picks and scrolls her phone. He gets the shock of his life.

Just to touch on few of the multiple dramatic blow by blows that follow, Zoar not only receives an apology from Jezril, their married junior pastor who admits he has been toying around with Magdel; he disguises as Magdel, and successfully arranges a meet-up date with the church Choir Patron. Like a hot spring out of a spell, revelations after revelation of embarrassing underhand dealings among married faithful keep mushrooming. Paternity tussles and inquiries begin at the Bishop’s office as a leading women guild leader, an aggrieved wife, spins allegations that her reverent husband could have fathered ONE or BOTH of Zoar’s fraternal twins.

Abigah terminates her relationship with Simon as Zoar announces to stakeholders his decision to marry her; Magdel whips their emotions, they take her side, ask her to leave with the children, and attach his salary.

He rescinds his intention, he’s is reconciled to his flame Magdel, notifies Abigah who cries her heart out. A couple of weeks after the Church Executives sentence Jezril and Magdel for misconduct, Jezril’s wife, who stormed out of church 4 years earlier in protest of her husband’s loose character with married faithfuls, intercepts her husband’s fresh love texts exchanges with Magdel – shares them widely in church.

Zoar dissolves his marriage and takes Abigah, Pastor Jezril takes care of Magdel in hiding, withdraws from his wife for a year; his wife leaves with their children. Three relationships destroyed out of dry spells in love, communication and finance.
This story is interwoven with multiple conflicts in other relationships within the neighborhood that end up in crimes of passion, one of which ends one in a suicide.

Don't quit; Better times are coming if things have not worked (are not working) satisfactorily for you in general and/or in your Business/Entrepreneurship, Relationships, and Training.