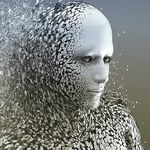 You want to hear what I have to say about how the Donald's dream might play out in this alternate reality. You're among the first to receive a copy of the ebook upon its release. You'll also receive a general mention in the final credits.

Each reward tier builds on and includes the lesser tiers, even where not specifically stated.

Wait...you want a physical copy to read. Ok... now you will receive a trade paperback copy of the finished book. If possible, your copy will be shipped before the book is released for sale to the general public.

International shipping may be extra, we'll look into that and address it later if there is interest from outside the U.S.A.

In addition to the awards above, you will now receive a signed copy with a note from the author and an extra copy for a friend or loved one.

You will also be specifically named in the book credits upon publication, unless you wish not to be identified.

You are a true supporter of the Art of Writing! ...Or perhaps you simply despise the Donald and want to call attention to his proposed insanity. In addition to the lesser rewards above, included, you will get a sneak peek at the book as it progresses. Each week, you will receive an email with a new chapter, as the book develops.

While I hope to complete the book within 30-60 days total, I cannot guarantee you will receive more than a chapter a week in this manner, though it is my hope to produce quality content at a faster rate for your enjoyment.

Please note, this level is a "read only" privilege. Also, chapters sent in subscription format to fulfill this award might change in the final edition of the book.

You aren't a reader anymore. You're a part of the story.

At this level of contribution, you will have exclusive access to the author throughout the writing process. You will be able to offer feedback on current chapters, you will be allowed to offer suggestions on the remaining storyline no more than once per week, AND: you can name one character in the story. It can be your own name, or a name of your choosing. If the name is yours, you can also submit a short bio to the author, including a brief summary of your political beliefs or outlook in relation to elements of the story or general viewpoint, and you will be allowed input on actions of that character in the storyline if you choose. There is NO guarantee as to longevity or recurrence of the character in the story. It may appear once in passing, or be a notable character. It may survive the story, it might not. The Author will remain full creative control and veto power on the finished work. You will also receive special mention for your role in the book's credits, unless you opt out.

This role may change and develop as the story develops.

Welcome to the show!

Not only are you an active contributor to this title, you are a major player, a mover and shaker in this story! This reward tier incorporates all of the lower level awards, but your cameo is guaranteed to be a major character in the story and may possibly even shape elements away from my current vision. You're the equivalent of a Hollywood producer, shaping the final product.

The Author maintains final veto power on all story decisions, but your cameo will not be limited to a walk-on, walk-off role on our print screen. You will become an integral part of the story, if you want to be.

Not only have we met our funding goal thru your generosity,you now have first right of refusal to buy the publishing rights to this title. Full details to be determined by separate written contract and are subject to full mutual agreement of the parties. In essence, you are purchasing a 49% ownership share in this title.

Who would bid on this (aside from Trump himself, right)?

Note: if this option is exercised in an effort to block publication of the title, the purchaser of this award level hereby agrees by making their pledge to assume full financial responsibility for the return or refund in full of all other lesser pledges received thru any crowdfunding platform for this title should it not reach publication (I won't not publish it, because I stand to make a lot more with it in print).

Donald Trump's "Art of the Deal"

A billionaire success story and his reshaping of America

After Donald Trump won the Presidency, what does the U.S.A. look like - thru the eyes of an immigrant coming to "live the American dream"?

The year is 2016, and millions of Americans are on the edge of their seats to hear what "the Donald" will say next. But what if he wins? Could this pony show win the White House? And if it does, what will the country look like afterward?

Fast forward to a glorious new America, where Trump has rebirthed America from the ashes of its former corruption. What does life look like in this shiny new world, and is it worth the cost? We follow this journey of discovery thru the eyes of one foreign immigrant desperate to earn the right to stay and pursue the new American Dream under the Magnanimous Donald. What will it take to gain entrance to the golden land of opportunity? Wait, what's this Great Wall in our way?

This work will be part parody, part what-if or alternate reality, as well calling attention to the remarkable phenomenon sweeping America. Not only will we notice "facts" stated by the Donald and much overlooked to date, we will also see certain parallels to the end of another great nation in history - and what became of that country after a similar ascension to power.

Also, the cover used is an example, not what I will use for the finished. It can be much better, but I'm not finding the right images for my cover at the moment. It will be updated later if there is enough interest to complete this book project.

To come. This forms as I write, I have always been resistant to a fixed outline as I find it changes as the story progresses. Rather, I write scenes as I envision them, even if the order shifts some later before publication. Each major scene generally encompasses a chapter of ten to twenty pages, though they can be less. I won't stretch a scene to meet a word count. I do have an end and a beginning in mind, the middle has yet to be written.

I don't know of any Competing works. The books title & metadata, as well as future online marketing is intended to directly piggyback on a prior Bestseller written by Trump himself. This was done for two reasons: 1) to focus attention on the parody itself, 2) piggyback on the fact that there is a large audience already looking for a similar title, which will undoubtedly generate "free" ancillary traffic to promulgate additional sales.

AUDIENCE
More than half of the American population. Even if we estimate from past voting trends and recent polls and limit ourselves to a majority of those declaring opposition to Trump's ideologies, with only a handful of ancillary traffic from those interested in hearing what he has to say, who I feel will at least 10-15% of the time be inclined to hear a parody of what he has actually said for comic relief, gives us an estimate of well over 75 million potentially interested customers to target. We simply have to deliver the product and make them aware of it. Pre-election hype and the Donald himself should help with that.

The Author's website: www.lygerbooks.com will serve in conjunction with this fundraiser as a central site for advertising and promotion. In addition, presale announcements will be posted thru several book reading clubs and social organizations for authors and services such as Goodreads, BooksGoSocial, and similar platforms. At current, self-publishing is the primary goal, with delivery thru all the major online platforms (Amazon, iBooks, Nook, etc.) via the author's preferred distributor and directly thru Amazon. Print on Demand for paperback will be provided thru an Amazon service, which will allow consumer delivery at approximately $9.99 a copy. eBook pricing has not been decided yet, but will likely be under $5 a copy thru the mentioned channels. Intended promotion will be by word of mouth and online promotions at this time. Donald Trump himself will provide tons of free marketing for the title. I've also already pitched about twenty different PACs and liberal political opponents of Trump for support as well and intend to notify and contact additional parties to garner support for the title as it develops.

The Donald himself will be our greatest marketing asset as people follow the election hype. And that's all free help to sell the book!

We're also going to use ingenuous viral marketing to spread word of this project like wildfire, providing a special free incentive to encourage readers to signup. See an example for yourself below. When this campaign ends, the person in first person will receive a 30 minute Skype session with the Author, on any topic they like. How do you participate? Sign up below and then share your personal link to spread the word about this project. When you do, you'll automatically enter the rankings. Remember, #1 get's the 30 minute interview, and this is apart from the other prepurchase rewards noted on this campaign.

Sign up here for your chance at that FREE interview, then share on your social media to improve your chance to win: