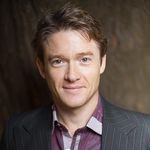 Casey Fenton is a serial entrepreneur who founded and grew Couchsurfing.com to a community of more than 15 million members. Been featured in NYT, Forbes, CNN, USA Today, BBC, ...

Casey is a pioneer and inspiration to founders of companies that thrive in the sharing economy, like Uber and AirBnB. Couchsurfing is the world's most trusted brand in social travel and peer-to-peer hospitality exchange with more than 15 million members.

He has a passion for building talented, diverse teams and bringing groundbreaking ideas to life. A serial entrepreneur, Casey has also been passionate about solutions that inspire people to explore, experiment and grow. Casey used his background in computer science to create the original Couchsurfing, which launched in 2003.

He served as executive director of Couchsurfing until 2012 and then founding chairman of the board. He has also worked in federal and state politics as the director of Internet strategy for the governor of Alaska's US Senate bid and as a legislative aide for the Alaska State House Minority Leader, 2002-2004.

In 2010, he was elected to the Ashoka Fellowship for contributing new ideas for improving human well-being. In 2013 he co-founded WonderApp, a give to get feedback viral loop that helps you see how others see you on life's most important questions. More recently he helped create Mast.ly, a bolt-on replacement for the antiquated stock option system. Founders save time and money by instantly deploying transparent sweat equity pools, worldwide. Team members automatically start thinking like entrepreneurs, building real value every step of the way.

Subscribe now to get early access to exclusive bonuses for my upcoming book, Ego Hacking, when it launches.

1 Copy of the autographed limited edition of the book "Ego Hacking" + Free invitation to the book launch. You ALSO get exclusive access to updates and an invite to join my community.

2 Copies (One for you and one for a friend) of the autographed limited edition of the book "Ego Hacking" + Free invitation to the book launch. You ALSO get exclusive access to updates and an invite to join my community.

5 copies of the autographed limited edition of the book "Ego Hacking" + Free invitation to the book launch + A Big Thank you mention in the book.

Thank you all who preordered a copy so far. You’re HUGE in making this book come alive!

Please, please, please SHARE this book with your friends and ask them to support this project and preorder.

We are speaking with a few publishers and have a meeting with a top publishing house on April 17th. Our goal is to hit 1,000 preorders by then and it takes a community to make it happen. We almost have 300! We only need another 700. No sweat :)

We can do this!! This is my first time ever doing something like this and I'm sure I have a lot more to learn. This is so exciting!

Thank you all for taking part in the epic CouchSurfing journey and I can't wait to get this book in your hands!