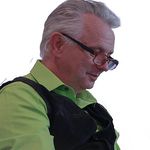 “The soon creation of Artificial Intelligence will, in turn, ‘at some point soon,’ create such rapid and incomprehensible machine generational improvement cycles, that the ensuing Artificial Intelligent  (AI) entity, or entities, will both forever change the type of life humanity has so far experienced, or possibly subjugate, and maybe even eradicate humanity itself.  The median year, out of the many dates conjectured by those technocrats working in the field of AI, that is, that year of ‘the some point soon,’ is said to be 2040. As of 2018, it is the year 2040 which  is the current preferred date for the appearing of that event called the ‘Singularity,’ when the runaway train of a self-aware AI will change all we humans have known, forever.”

IF INTELLIGENCE IS THE SORTING & APPLICATION OF DATA, then

THE NEED TO GLOBALLY GATHER SUCH DATA, led to

THE CONNECTING OF DATA STORAGE, leading to THE MANAGEMENT OF MASS DATA

& the need to create TOOLS TO SPEEDILY INTERROGATE, IDENTIFY, SORT, PRESENT & APPLY such Mass Data. HUMANS COULD NOT DO THIS.

Therefore, there was a need for the creation of

AN ARTIFICIAL SUPERINTELLIGENCE TO DO SO.

THE RACE WAS ON.

This year’s  2018 ‘Burning Man’ art theme in the Nevada Desert ‘will focus on the many forms of AI that permeate our lives, from the humble algorithm and its subroutines that sift us, sort us and surveil us, to automated forms of labour that supplant us.’ All the technocrats, and silicon valley CEO’s know that the singularity is near, even at the door. Indeed, it has been postulated, by not a few people, let uss call them ‘Singularitists, or followers of ‘Singularitianism,’ that the creation of such a Super intelligent AI would be akin to the creation of a deity, and therefore, we need to make sure such a god benefits humanity. Indeed, let us make sure that such a god, such a deity, will allow and welcome the absorbing, the melding, of iron with clay, of flesh and blood with machine.  Thus, to make this psychologically possible, humanity, rather than made a little lower than the angels, has been purposely reduced to the state of being well below the animals. And so,  the womb has been turned into a slaughterhouse or a lab for experimentation, whilst the family has been fragmented into Frankensteinian monstrosity,  and gender melted into a fluid of foul and oozing pestilence.  Tattoos, body modification, the mapping of the genome, the current mapping of the brain, ‘CRISPR’ modification of our own genetics and the creation of human hybrids and Chimera’s, all make this merging, an obvious next step. Indeed, virtual eternal life, sometimes manifested in the downloading of consciousness into soon to be created updated super humans, or non-humans, take your pick, will all be made available at a price. The ‘Ghost in machine’ may well soon be the soul that wishes for death but never gets it. I purposely digress a little here, because there is a spiritual side to all of this, and I am afraid the old Christian mantras of ‘God is Sovereign’ and ‘Don’t worry because God has got this,’ and ‘He’s still on the throne,’ are at best meaningless in their lack of Biblical application to the present, and at worst, propaganda from the enemy of our souls to sleep on whilst the house is burnt with flame throwers around our ears. The question for Christians is what should we do to prepare for the coming singularity?

Like it or not, every router in our houses, the internet of things, our smart phone, smart houses etc. means that we are already part of the AI beast machine. It’s not that a useful connection has not been made, but rather, how deep should we allow that connection to go? I would say that as soon as we cease to be human, and are tempted once more to be as gods, then we have gone too far.  In all practicality, to stop us arriving at that decision gate I would suggest the following

7.       Legislate against all further Biblical dehumanization

8.       Litigate against all breaking of laws against humanity that destroy the image of God.

9.       Ludite-igate where necessary. Be prepared to pay the price

10.   Declare ‘skin’ as divine in origin and purpose

11.   Declare metal as humanity’s servant as best and as the devil’s tool at worst.

12.   SEPARATE yourselves to God and to His purposes and plans alone. Let the NEW SEPARATISTS:

a.       Gather together, congregate at the gates of New Antiochs

f.        Build Infrastructures with OFF switches

For sure, the Alpha Generation shall indeed be the first non-human generation, However, we need to make sure that not all the Alpha generation falls, and that, should God will, a human remnant, even an holy seed, shall indeed be a stump nation, whose roots are deep in God, and whose branches shall grow once more to encompass the whole world in the coming millennial Kingdom of Yeshua, the Word of God, MADE FLESH.