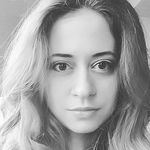 Anna has spent the past nine years traveling the world solo.

Now she's finding ways to reach super-successful people and get them to open up so she can hear and share their untold stories.

Anna Pelova is a co-author of two national bestselling guidebooks published by a Bulgarian top traditional publisher, Ciela. She is also the author of one novel that won a top 10 place in a national novel competition, among more than 400 manuscripts. Anna has spent the past nine years traveling around the world, mostly alone and mostly on a budget. She has been to more than twenty-seven countries and has lived in five of them. Having remote clients from across North America and Asia allows her to work from anywhere, something she has been doing since she was 16 years old.

Anna spent two years of her life co-chairing a political party (The Greens) in Bulgaria, which made her the youngest leader of a political party in the country. During this time, she learned how hard it is to manage and bond with hundreds of people while maintaining a public image, running two election campaigns, and participating in TV and radio debates.

Currently, she is the founder of Great Nomad, a platform where she shares her digital nomad travel stories and online courses. Anna is an author of a travel writing course where she shares how to write compelling stories, arrange press trips, and get published. She has contributed to various online and print publications such as Matador Network, Magazine Eight, and Resource Magazine. Anna is also the founder of Underdog Network, a platform created to help individuals who have a high drive to succeed but never had a head start in life.

Anna holds a BA degree in Creative Advertising Strategy from University of The Arts London. In her free time, she loves to read nonfiction books, reread Kerouac, dance, meditate, and ride her bicycle. She has a passion for acting and has been featured in a reality TV show for writers called The Manuscript and in a Bulgarian family drama series on national television as a lead actress in one episode.

PUBLISHED BOOKS:
Co-author of Villages in Bulgaria: Pathways for Tourism and Culture, published by Ciela in 2015. Top four best-selling book in the country for a period of six months. ISBN: 978-954-28-1665-2

Be one of the first people to read the book before its official premiere.

$20 Print Copy – Be one of the first readers

Be one of the first people to hold a print copy of the book before its official premiere.

$100 Gratitude For You And Your Friends

This package also includes a complimentary 1-hour Empower call with me where we will talk about your dreams, mindset, and how you can get the lifestyle you want even if you have limited resources.

Pre-order five books as gifts for your friends and get one FREE. Get recognized as a supporter.

Pre-order 15 books as gifts for your friends and get 5 FREE. Get recognized as a founding supporter in the book.

Meet me live in a major European or US city (to be further arranged via email).

This package is suitable for universities or startup accelerators.

Using the knowledge and the inspiration I have received from my powerful mentors, I motivate other young individuals to succeed and dream bigger. I will speak at your event and will also organize a workshop full of fun creative games and exercises to help your youth audience:

+ Set powerful goals and realize what their mission is and how they can add value for humanity, instead of just focusing on making money
+ Identify and work on their limiting beliefs to expand their mindset and embrace abundance
+ Network the right way so that they can build powerful relationships and shorten their learning curve
+ Feel more confident
+ Create their success plan and vision board
+ This package also includes 125 signed print copies of the book and an ebook for your library

I just wanted to send you a quick update on how is everything going with my book Founders And The Underdog.

I have now started talking to publishers. There are three I am quite excited to chat with but this is just the second step of the entire journey. I won't stop until I find the best one out there who can be trusted with my dream and who can make it even bigger.

Meanwhile, the platform made a few changes. Book campaigns don't have a time limit now and so I will keep taking pre-orders until I find the right publisher. It's so close to the next 250 pre-orders goal...

Since you are a partner, an investor in this project, I want to ask you a quick simple question.

PS: Today is the day when we celebrate the Cyrillic alphabet so I wanted to thank you in my own language...