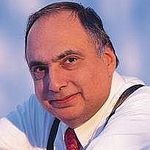 After growing up in the Ironbound; covered the mob for the Newark News; my father provided their shirt laundering, dry cleaning needs,. Offer insight in Tony Soprano's angst.

Starting as a copy boy at NBC News through to being the youngest news editor at the Newark News, journalism has informed Don Mazzella"s career. Today, beside two business radio programs for which he is co-hosts, he is also a regular commentator on Fox Radio and for other national networks.
He has worked for McGraw Hill, been a publisher within Essence Communications, and for the past 20 years the COO and Editorial Director of Information Strategies.
A book author, he has written or been a part of UPI, AP, and other syndication groups as well as contributing to the New York Times.
He holds BA, MA and MBA degrees from New York University. While currently sitting on two non-profit boards, he has  also taught communications at some of America's top universities.

$5 discount when purchased through this site

$50 Appearance on my podcast to discuss book

By their request, four readers will join me on one of my podcasts to discuss the book; being Italian American, or the Mob

Frankie, If You Get Hurt, I'll Kill You

Growing Up Italian American in the Ironbound

Embed Frankie, If You Get Hurt, I'll Kill You

This book is not then one of memories but rather a book seeking to illustrate the who, what, when, where, why and how of a time and people now gone. To do this, the volume recounts events that happened, in the context in a changing ethnic conclave. Along the way, it will also talk about the nascent days of Tony Soprano and his associates. Besides seeking to explain why Tony Soprano was a different gangster, it is also about the inside stories on some of the internal conflicts, betrayals, murders associated with the mob of this period.

The book triggered fond smiles from  draft readers of my generation, informs our children and their off springs and memorializes those now gone on. Most important, the reader should consider this book as homage to our parents, their generation and their children, and those times. One other aim of this book is to highlight some of the changes in American life as experienced by Italian-Americans and others of our generation. Since the mob occupied a place in this scenario Tony Soprano becomes more real in the context of his contemporaries.

Introduction 5
Who We Were 8
How We Lived Everything Starts with the Family 12
We All Lived Together 15
Father Ruled; Mother Disposed 20
The Children Come First 22
The Neighborhood It’s Where We Live 24
Bend Down So I Can Hit You! 27
Galante’s Has Company 30
“It’s For Your Own Good” 32
English Spoken Here 35
Grandpa’s Garden 39
Food Is a Means of Communicating Love 41
Our Family Changes 45
What We Did Cowboys and Indians Forever 49
Safaris Away From Home 52
Halloween Was a Neighborhood Event 57
Winemaking Isn’t Fun 59
A Football Wedding 62
How We Entertained Ourselves Fun at the End of the Line 65 Radio Was Our Early Lifeline to the World 67
Going to the Movies 85
Television Changed Us All 88
And the Band Played On 91
Songs We Long Remembered 93
What We Wanted Ducktails and Pegged Pants 95
Cars Do Make the Boy 97
Boys and Girls Together 100
Marcia Jenkins, Where Are You? 102
The Ping of the Ball, the Shuffle of the Cards  106
The Future Was Ours 108
What Influenced Us
The Mafia Is Always With Us  111
The All-Seeing Eye of the Church 116
Teachers Know Best 120
Books, Libraries, Newspapers 123
They Don’t Make Politicians Like They Used To 127
A Bigger-Than-Life Character Uncle Doad and Thanksgiving Dinner 131
Aunt Marietta and the Turtle 134
Aunt Marietta and the Midnight Visitors 135
Doad Lived Life His Way 136
The Past Is Different Marching Through Life 138

With the success of the Soprano's and the anticipation of the upcoming prequel, there will be avid interest by audiences for more context associated with the nurturing of Tony Soprano and why he was different than his mob associates. The film is set in Newark's Ironbound section during the 60's which is what my book is all about.
This book would be an excellent companion to the mass literature expected to accompany the movie. By the addition of material collected during my covering of those mob activities the book can have continued interest beyond the movie's run. Also, it does address a period in American history rapidly dwindling from memory but still shaping the lives of an important immigrant group.

This book should debut alongside the run of the Soprano movie for maximum impact.
But beyond that, the author has a list of local Italian-American organizations, national radio programs for which he is a regular commentator and is also quoted in such publications as the Wall Street Journal and USA Today.
In addition, a national book signing tour is contemplated, hopefully working with Barnes & Noble; a book publicity company is already onboard and the author is prepared to devote all initial proceeds to growing sales.

With the coming Soprano movie other books on the subject of Italian Americans, the Newark Mob and the Ironbound will appear. I covered mob activities during that period and have many untold tales to tell about the Newark gangsters and their ways. Many were customers of my father because he knew how to get their shirts pressed the way they liked. No other books I have found are so far are specific to the Ironbound but it is possible one will appear.
Since the book is already edited and ready for publication. we will have first mover advantage.
One book I know about growing up in the Bronx is doing well as is the Broadway show, A Bronx Tale by Jazz Palmiteri. Searching the literature has not turned up a similar book centered on the Ironbound.

The Neighborhood
Galante’s Has Company
In my formative years, Italian-American funerals were events not to be missed or negated.
Jimmy Breslin beautifully describes an Italian-American funeral in his novel “The Gang That Couldn’t Shoot Straight.” His first marriage was to an Italian-American, and he captures the pathos and ritual of such events while chronicling the inept machinations of a mob group. While the locale in his book is Brooklyn, it could be seen in most Italian-American enclaves. Galante’s Funeral Home still stands on the corner of the block I grew up on. When it had a wake, we all said Elvira had company, for Galante’s was run by the matriarch and her three sons. Growing up, I attended wakes for neighbors, friends and families in her hushed surroundings. The wakes all had similar outlines differing only in who was the deceased and in minor details. A clock face above the coffin denoted the time the person in the coffin died.
Chairs were arranged to form a hierarchy, with close family members in the front and other mourners in the back. A long anteroom led from the front door to the room where the coffin was set up, and was lined with plush chairs arranged so that people could talk in groups outside the hearing of the family. Three women in our neighborhood attended every wake, sitting in the back and commenting. I remember sitting in front of them on several occasions, hearing the gossip of the neighborhood and more important, what was happening among the family members. The best gossip came when there was a family feud. One of the funniest and most illuminating instances was when a woman started wailing at the front door, louder and louder as she approached the coffin. Kneeling beside the coffin she yelled at the top of her lungs, imploring the deceased to forgive her. Throwing herself at the body she continued to implore him to speak his forgiveness. Being young and untutored in the world I was perplexed. One old lady leaned forward and said to me, “She stole money from him 20 years ago, and they hadn’t spoken since.”
Wakes are for the living as a way to accept death, which is a part of all our lives. We showed respect by going in suits and ties and speaking in low tones. We remembered the deceased by speaking only of the good he or she did. It was bad form to speak ill of the dead during the three- or four-day ritual. Elvira’s three sons were always immaculately dressed in black. They had an air about them that somehow placed them above the rest of the neighborhood. One of the more pleasant and defining moments of my young life occurred at my Aunt Concetta’s funeral.
The Galantes had made an error in her obituary that they had placed in the Newark News. My Uncle Anthony was upset, but the Galantes insisted the paper would not run a correction. I was a young reporter on the paper at the time. Surprised, I insisted on using the funeral parlor’s phone to call the news desk. Muttering, two of the brothers kept insisting nothing could be done as we walked to their office, usually off-limits to mourners. Calling the news desk, I got Frank Rooney, the copy chief. When I explained the situation, he said he would run the correction. My uncle was happy, and whenever I encountered the Galante clan afterward, including Elvira, they nodded respectfully. A prideful admission, yes, but Italian-Americans then respected when someone could move an outside institution like the largest newspaper in the state.
My uncle Anthony also treated me much differently from then on. Even though he was estranged from the rest of the family, he came to both my parents’ funerals, something his children did not do. I thank him for that and feel hurt that my cousins forgot all the good things my parents did for them.
One thing I miss is the band that often accompanied the funeral procession. At least twice a week, a procession of cars lined up on our block with the band in the front. On the way to the church, the procession always passed by the deceased’s house. Usually, neighbors would be outside waiting to pay their last respects.
Recently I read that the last Italian funeral band now plays only at Chinese funerals. One other thing I remember was that as the hearse passed, men stopped and took off their hats. That’s no longer the practice. The wake period today is much shorter, and people show up without ties and jackets. We treat death differently now. Perhaps it is better, but I don’t think so.
the neighborhood