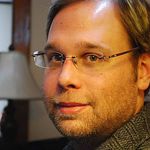 I am a gay man who grew up on the Florida/Alabama border, a child of the Deep South. I am currently Director of Religious Education at Harvard Unitarian Universalist Church.

Daniel Payne is an ordained pastor and educator and currently serves as Director of Religious Education at Harvard Unitarian Universalist Church.

Supporters who donate $15 will receive a digital copy of From Faith to Freedom.

Supporters who donate $30 will receive one free signed copy of From Faith to Freedom.

Supporters who donate $60 will receive three signed copies of From Faith to Freedom.

Supporters who donate $200 will receive a 90 minute book launch party including free book signings for all present who buy a copy (in the Boston area), a short reading of a passage by me, and a question and answer period. For supporters who purchase this bonus and are not in the Boston area, you will receive three signed copies by mail and all other benefits by video Skype or other mutually agreeable online platform.

Supporters who donate $500 will receive a 2 hour workshop on the Bible and Homosexuality, in-person for supporters in the Boston area and online for supporters living elsewhere. Donors will also receive 5 signed copies of the book, and I will also sign any books bought at the workshop.

From Faith to Freedom

A Gay Man's Escape From Fundamentalism

Christian fundamentalism nearly destroyed me. From Faith to Freedom is the story of my journey through, and finally out of, fundamentalism and into the freedom of self-acceptance.

Embed From Faith to Freedom

The book takes the reader from my very young childhood to now, with all the attendant twists and turns of struggling with faith while recognizing homosexual identity. The tale will be deeply meaningful for those who've experienced similar journeys and for those who want to know what struggles queer folk in fundamentalist subcultures experience.

Chapter 12: Land of the Morning Calm

My primary audience is LGBTQIA+ Christians and former Christians. A close secondary audience are Christian allies, and ironically, Christians who are opposed to homosexuality (they like to criticize my kind of story, but usually buy the book so they can be adequately prepared to do so).

Some similar titles and sales ranks on Amazon are as follows:

Stranger at the Gate by Mel White: #30 in Books > Gay & Lesbian > Nonfiction > Activism

I plan to market in two major ways: via my Facebook friends (active FB wall with nearly 1,000 friends and 174 followers) and through my LGBTQIA+ church/ministry contacts. I am also eager to begin giving workshops around the country and internationally on Christian faith and homosexuality, either online via webinars or in person.

Stranger at the Gate by Mel White: #30 in Books > Gay & Lesbian > Nonfiction > Activism

What sets my book apart from those closest to my category is that I no longer consider myself a Christian. My journey has led me to a different faith path - that of Unitarian Universalism. I still consider myself spiritual, but not necessarily religious.

Christianity has not been kind to
queer people. Certainly, there is some evidence that certain points in
Christian history have been kinder than others,[1]
but overall, queer folk have not found a welcome home in the Christian religion.[2]
Despite the relative acceptance of queer people that has been occurring in
recent decades among many mainline Christian (and other) denominations, most
Christian groups are still overwhelmingly negative in their view of alternative
sexualities and relationships.[3]
Many Christian churches are still dangerous places to be queer.

The negative theology that queer
people hear from the pulpit on a weekly basis leads not only to emotional and
psychological anguish, but also often leads to physical self-harm. One of the
most pernicious strategies of the anti-queer Christian movement is to
accentuate statistics and studies showing low self-esteem, high levels of drug
abuse, and lower life expectancies among queer folk. Two of the most malicious
expounders of these skewed studies are Paul Cameron[4]
and James Dobson.[5]
Many of the myths promulgated by these preachers of hate have been debunked.[6]
However, their influence continues unabated within fundamentalist circles.

If we are to give the preachers of
hate the benefit of the doubt (which I don’t), and just assume they are coming
at their conclusions because their worldview clouds their judgment, and not
because they are manipulating the facts from a place of fear and loathing, it
is clear to see one glaring omission in their methodology: cause and effect.

While the levels of drug abuse and
rates of life expectancy among queer communities varies depending on many
factors, and depending on which study one chooses to focus on, it is probably
true to some extent that at least drug abuse is higher and self-esteem is lower
in some queer communities than in some straight communities. This is dependent
on cultural and geographical factors. Where queer drug abuse is higher and
self-esteem is lower than in straight communities, it is also true that
fundamentalism is more prevalent and the geographical region is more
conservative than in communities with a healthier queer populace.[7]

What the anti-queer fundamentalists
fail to understand is that, at the very least, their own discriminatory
preaching, and the culture such preaching creates - sometimes in huge
geographical regions - reinforces internalized phobia within people of
alternative sexualities, which then may lead to lower self-esteem, drug abuse,
and other practices that decrease the quality of life for queer people. Such
preaching may not be the sole cause of such devastating effects, but it
certainly doesn’t help.

Another odd notion that is often in
the minds of fundamentalists is the strange idea of a “gay lifestyle,” as if
there is only one way of “being queer.” It seems that most fundamentalist, and
a lot of people who don’t identify as fundamentalist or religious in any way,
think the only thing queer folk do is have sex all day and go clubbing all
night. There may be some queer people who do live this way, but I haven’t met
them.

Confining all queer people into one
stereotypical category of identity based on perverse notions of indiscriminate
sexual activity (which does happen, but not to the extent of the fundamentalist
imagination) and hedonism contributes to and fuels their negative views of
queer people. While there is usually a kernel of truth in most stereotypes, no
stereotype totally encapsulates any demographic, and the same is true for the
queer demographic. We are as diverse as any other demographic, and should be
seen in that diversity. Otherwise, the reduction of queer people into a certain
behavioral category makes it more difficult for understanding to occur on both
sides of the issue, and it simply gives non-queer people a false view of queer
identities. After all, people are what they are,
not what they do.

Since there is a cause and effect
relationship between fundamentalist Christianity and low self-esteem and drug
abuse of queer people, especially teens, it is my contention that
fundamentalist environments are harmful to queer youth and adults, and the best
choice, if possible, is for a queer person to remove himself or herself from
those environments. There are religious options within which queer people can
find acceptance and welcome. There is also the option to leave faith groups
entirely, and not a few queer folks have chosen that as their only option for
survival. Sometimes, religion is so toxic that it requires a person to leave it
entirely.

Whatever your choice, it must be
yours. It cannot be chosen for you. Many of us have learned this lesson from
our experience with reparative therapy. You are who you are, and your choices
must correspond to your identity. When it comes to the merger of faith and sexuality,
some seem to be designed in such a way as to be incapable of thriving outside
of a religious community. Others of us have been forced as young children and
teens to belong to a religious community, but only discovered how to breathe
when we gathered the courage the leave religious communities altogether. And a
small minority within the queer community – I count myself in this category –
go back and forth between faith and nonbelief, or belong to religious
communities with significant atheist and/or humanist undertones.

There is no right or wrong way to
respond to your emotional, spiritual, and physical needs when it comes to your
faith and sexuality. We are all different, and have different needs in this
regard. Trying to force a fit never works. So, as you read my story and find
out the choices I made at various twists and turns throughout my life, I hope
you don’t read it as an instruction manual, but rather as a tale of one
person’s journey navigating through the ragged landscape of faith and sexuality.
Take what’s encouraging or useful. Discard what’s not.

[1] Boswell, J. (1981). Christianity,
social tolerance, and homosexuality: Gay people in Western Europe from the
beginning of the Christian era to the fourteenth century
. Chicago:
University of Chicago Press.