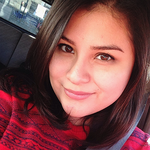 Ellie is a writer living in Los Angeles. Since her first piece took off on Medium in February 2016, she's amassed thousands of followers and her work has been published on websites like The Huffington Post, The Towner in Italy,  Mamamia Australia, and others.

Her work is diverse and has been successful diversely as well; her satirical and humorous pieces have done just as well as her serious and personal pieces. She's consistently connected with thousands of readers on pieces spanning multiple topics and genres. She is also the creator and editor in chief of the satirical publication Lady Pieces which itself has several thousand followers and regularly publishes feminist and hilarious content.

Ellie likes wine, dogs, comedy, science, and healthcare. She used to be a notetaker in an emergency room before she began working for a TV show. Because of this, Ellie regularly chimes in on the current state of American healthcare in an approachable and understandable way.

Ellie tackles it all in her writing: from breakups to eating disorders to healthcare to pop culture. And she keeps people reading throughout.

By supporting at this entry level, you’ll receive reader updates and exclusive content throughout the campaign. Exclusive access to my mental breakdowns and pictures of my dog.

LIMITED
• 2 print copies
• Free Ebook (PDF, ePUB, MOBI)
• Special thanks on my website and a link to your blog or website

LIMITED
• 4 print copies
• Free Ebook (PDF, ePUB, MOBI)
• Special thanks on my website and a link to your blog or website
• I would proofread a piece of yours and help you edit it over email

LIMITED
• 12 print copies
• Free Ebook (PDF, ePUB, MOBI)
• Special thanks on my website and a link to your blog or website
• I would proofread a piece of yours and help you edit it over email
• If you're in Los Angeles, we could have lunch, and if you're not we can have a Google Hangout

From Rags to Different Rags

Essays on Being a Poor Kid in Wealthy Spaces

A collection of bitingly funny yet touching essays on surviving around the wealthy and privileged as an inner-city Latina who fought her way into private school and the entertainment industry.

Embed From Rags to Different Rags

The book is a collection of short essays about being poor in wealthy spaces. It's funny; I keep ending up around rich and privileged people when I am far from both. I grew up living paycheck to paycheck with parents who are immigrants from a third world country; as a child I didn’t think much of it, but once I hit my tween years I finally realized our situation was much different from that of my friends.

Immigration is a hot topic right now, especially in this political climate, but we don't hear much about what happens after the dust has settled. How do first generation kids navigate the world? How do they handle the culture shock that happens when they're often the first in their families to attend college and have opportunities no one else in their families had? How do they live with one foot in one world and one foot in the other? What happens when the American Dream becomes a reality and you're still a scrappy misfit?

This book is a unique look at reaching those goals while simultaneously having no idea how to handle it. It's about being the odd person out and coming to terms with it in a funny, nuanced way. It's for anyone who has worn their own rags from time to time.

This book is my life, and it is all true. It is told with my voice that thousands of readers regularly tune into on Medium and Huffington Post, among others. It is a funny, irreverent, refreshing look at inhabiting the same space as the rich and glamorous while saving my pennies to pay for gas. And I wouldn't have my life any other damned way.

The moment I realized my family was poor.

2. Me, The Child Actress

The weird process of how I became a child actress while being broke.

Being out with friends who can afford anything while you linger at the clearance section.

4. The American Dream and Me

The roommates I had back in college.

6. My Knight in Shining Aluminum Foil

Insight into the odd jobs I held in college.

The excruciating tale of how I ended up at an event to mingle with the cast of Argo by accident.

This essay is a love letter to my parents' background and my childhood situation.

This book is, broadly, for anyone that's ever felt like a misfit. More specifically, it's for young people who are first generation college students or first generation Americans. It's for people who don't feel like they fit in, or like they are consistently fighting against the status quo, and so they will find solidarity and some levity in the book.

My main audience that I've connected with in my writing career is comprised of people who regularly read short essays and stories spanning across several genres, mostly personal narratives and humor. They're people who keep up with what's going on in the world as they regularly tune in to online writers.

My audience is liberal, and they are always willing to learn more about people who come from different walks of life. My audience is also comprised largely of minorities, which means they can identify with often being underestimated by the world.

From my time writing and the trends of my most successful stories, my audience is mostly looking for an authentic take on something they fight in their own lives. For example, my pieces on workplace woes, eating disorders, sexual assault, and heartbreak are my most popular. My audience is looking for something and someone they can relate to, and my writing has struck a chord with them.

My audience are working class, normal people who do a 9-5 and either go home to be with their families or ruminate on their own dreams. My book will be a welcome addition to them: it will be a story of how this weird little scrappy Latina kid continuously worms her way into spaces that are clearly not meant for someone like her, and it will make them smile at the humor and envision themselves as the little go-getter that could. They will align themselves with the underdog, which is me in the book. It will also be a welcome, funny relief to their hectic lives.

I've had thousands of people stick with me through my work, whether it be serious essays or humorous takes, and I could assure you they would love the book. What matters is the voice, and the voice is mine.

The next morning, I'd post about it on Medium with great excitement and engage a lot with my followers to drum up the volume. Medium is where I have the most followers (over 10k as of June 2017) and so I'd frequently post updates there. I would go back to my more popular pieces which are still generating daily views and add a link to the campaign with a blurb at the bottom of each piece.

I would also post about on the publication that I am the Editor in Chief for, Lady Pieces on Medium, which has roughly 4k followers. The publication is a women's satirical magazine and I feel that the tone of the book would go hand in hand with what we're doing at it, a funny look at real problems.

I'd emphasize my background to show that I have a voice that is not often heard and I'd be 100% willing to work with whatever plan any publishers have.

I would say that my biggest competition are funny women and people of color writing collections of essays, because that's what I do.

1. We Are Never Meeting In Real Life: Essays, by Samantha Irby

From Vintage, 2017. We're similar in that we both got our start in blogging and her book is a collection of funny essays about her life as a woman of color. However, different in that hers is about her life in general and mine focuses more on wealthy surroundings versus a poor life.

2. One Day We'll All Be Dead and None of This Will Matter: Essays, by Scaachi Koul

From Picador, 2017. There's many similarities to my book: hers is her debut, it's about being a child of immigrants in Western culture and it addresses stereotypes. Nevertheless, our books are different in the cultures portrayed (hers Indian, mine Latino) and the topics (hers about life as a woman of color, mine more about poverty rather than race). We both look at modern life in our circumstances but through very different lenses.

3. All the Lives I Want: Essays About My Best Friends Who Happen to Be Famous Strangers, by Alana Massey

From Grand Central Publishing, 2017. A book of essays comparing celebrity women and the everyday woman. Similar in explorations of privilege from an outsider's curious point of  view. However, my book is different in that I don't single out celebrities and it's more about my personal experiences than the concept of celebrity.

From Harper Perennial, 2014. Another author I very much look up to. We're similar in that her collection of essays touches on feminism and current events, but we're different in that her essays are more focused on culture and how we consume it. She also touches more on politics while mine are more attached to a personal narrative

From Three Rivers Press, 2016. Mindy writes essays on various aspects of her life, including being a woman in Hollywood where no one else looks like her or comes from her background. I idolize her honestly but our books are different in the socioeconomic aspect and the fact that my book focuses more on the financial disparities between me and my surroundings.

A sarcastic but honest take on millennials' economic situations: http://www.huffingtonpost.com/...

That time I was weird around famous people:

A satirical point of view from a man who hits on a plus size woman:

The silly piece that started it all as a writer on Medium: