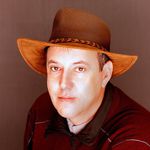 Andrei Stoica is an Arizona-based landscape photographer. He is published in national and international magazines such as National Geographic, Popular Photo Magazine, PHOENIX Magazine, The Times (UK) as well as the popular German magazine Hoerzu.

I have a degree in geophysics and a career in software engineering, but I discovered my passion for photography during a trip to the American Southwest in the early 2000's. It was great to discover all the natural wonders one can find in the national parks, but it was just as great being able to share my best images with friends and family! There was no "social media" back then, but emails worked just fine. From that moment on, photography became my passion and took over most of my free time.

Trips to all corners of the American Southwest followed, as well as annual trips to Europe that continue today. Discovering new places, people and customs is my main focus on these trips.

Get a signed copy plus the eBook version.

Get two signed copies, the eBook version, plus a 30 minutes conversation with me about the book and photography, hiking and adventure in Arizona.

Get three signed copies, the eBook version, plus a photo tour in beautiful Sedona, Arizona.

The campaign has just ended! Thank you so much for pre-ordering my book!

I am currently evaluating different options for printing the book, including talks to a publisher who made an offer today. I'll send an update on how things progress in about a week.