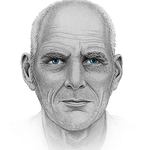 Moses is a classic 1975 model, made from medium-quality components.

He studied aerodynamics, business administration, software development, and trained in an array of other faculties such as leadership, life coaching, project management and psychology. Throughout, he has always maintained an inner desire to understand the underlying mechanics of things.

Moses started pondering and questioning the 'mechanics of life and people' in his army days and has been doing so ever since; he briefly investigated the mystical and the supernatural, but quickly and firmly returned to the pragmatic, the effective, the valid.

He thinks of himself as a non-mainstream thought architect, but has been told he sounds like a teacher. Maybe he is, in a way.

Moses and his family are currently based in New Zealand.

moses.guru is the creator of the Quick and Brutal Guide book series. Health and Wellness is the second piece in the series.

One PDF edition of the book "Health and Wellbeing (The Quick and Brutal Guide)" BEFORE it hits the market.

One paperback copy, signed by me, with a dedication.

One paperback copy, shipped, signed by me with a dedication AND your name on the thanks page -- for posterity!

Optimum Package plus one hour of Skype/phone session with me, I'm a registered life coach and can discuss/answer anything you'd like to talk about.

Health and Wellbeing (The Quick and Brutal Guide)

A provocative light on veganism, diet and health

The most profound and original health book you'll ever read!

Embed Health and Wellbeing (The Quick and Brutal Guide)

The Quick and Brutal Guide to Health and Wellbeing is a compelling allegory, a fiction which shines a provocative light on our diet and health. Prepare to be shocked and alarmed by how our perceptions of a healthy body and mind are manipulated by those with a vested interest. The enigmatic Moses—of The Quick and Brutal Guide to Earth and Earthlings—is back, hoping for some quiet time away from it all, a chance to detox and increase the diversity of his microbiome. He comes across an increasingly desperate group who have become hopelessly lost while trekking in the woods. What’s worse is that someone—or something—is following them through the forest . . . and then one of the group vanishes. As Moses leads them through the deep-forest, they discuss and dissect the subjects of diet, health and wellbeing. Along the way, they discover how to really eat and live healthier. Their sometimes scandalous, always honest, observations will make you think twice next time you visit your favorite restaurant or supermarket. This unique and riveting fable may surprise you, but the brutal truth about what you thought was healthy will shock you to your core.

1. Thou Shalt Understand the Basics

2. Thou Shalt Repel the Bullshit

3. Thou Shalt Realize Who the Target Is

4. Thou Shalt Boo the Bood and the Bastards

5. Thou Shalt Understand the Impact

6. Thou Shalt Eventually Need to Choose Whom You Trust

9. Thou Shalt Exercise Thy Body and Mind

Those who are interested in health, diet and the environment. If you enjoy original pieces with a little bit of a thriller, then you'll love this work.

I'm assuming there might be a book that hides somewhere in the depth this world that combines matters of health and diet within a "psychological thriller" where characters write poetry, are philosophical about things and the reviewers say the work is "profound and original", but neither of them, nor I, have seen or heard anything like it, to-date. I'm sorry.