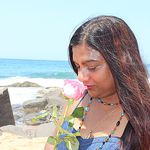 There's nothing better than a quick get escape into a romantic short story... especially if it features a billionaire who always rejects love.... until he finally meets his match.

An ebook of Sheritha's poetry collection, specially curated for this campaign.

Readers who contribute $15 will receive a full-length billionaire romance ebook.

The Billionaire Romance ebook, poetry collection, AND the ebook of His Christmas Sweetheart.

The Billionaire Romance ebook, poetry collection, AND the ebook of His Christmas Sweetheart.
Plus, a chance to book to chat with me about my writing journey through Zoom.

When jobless TV star, Paige Adams, returns home she plans to take care of business & quickly return to New York. She doesn't expect to enter a gingerbread contest or to fall for her teen crush, Jason. When she receives a job offer, Paige must choose to go or stay.

When Paige Adams, a successful home designer loses her job on TV, she returns home to Crystal Lake. She plans to sell her inherited property and, return to New York the first moment she can. She does not expect to spend Christmas in Crystal Lake, enter the annual gingerbread contest or, run into her childhood best friend, Jason Morely.

Successful home designer Paige Adams learns her show has been dropped due to poor ratings. She decides return home for the holidays to sell property she inherited from her Grandmother so that she can pay her rent for a few months. She’s not looking forward to the trip. All Crystal Lake reminds her of is how she wasn’t good enough for her parents when she refused to follow in her father’s footsteps and, join the family business. Paige rarely visits her parents. She’s determined to succeed in her home renovation and design business and, expand her television show to Europe on her own.

A chance meeting with Jason reignites her feelings for Jason, Paige finds herself staying in Crystal Lake far longer than she’d anticipated. She mends her rocky relationship with her parents, and finds herself growing less and less excited about expanding her television show. Her friends and family welcome her back. Paige slips back into her everyday routine in Crystal Lake and even starts a project to renovate Town Hall in time for the Christmas concert.

Jason Morely can’t believe his eyes when he finds Paige Adams walking home in the dark. He always regretted not telling Paige how he felt about her when they were younger. Now that she’s back in Crystal Lake, he plans on reigniting her love for her hometown and winning her heart. Jason is surprised when Paige tells him she’s selling her late grandmother’s shop. He helps her stage the shop and secretly plans on buying the shop Paige used to once love. After all, he’d spent a great deal of his childhood with Paige in her grandmother’s shop when they were kids.

Then there’s the issue of their mothers’ decades long ‘feud’. Neither Laura, Paige’s mother, nor Amanda, Jason’s mother, have ever spoken about what led to the two former best friends not speaking to each for years. Will they finally forget the past, forgive each other and move on especially since they will be working together on their gingerbread entry for the annual contest?

Laura Adams will do anything – including pair up with her long-time rival, Amanda Morely – to get her daughter to spend to more time in Crystal Lake. It’s been five years since she’s last seen Paige in person. When she hears that Paige is in Crystal Lake, Laura immediately thinks of ways to convince Paige to spend more time with her family. Will an entire block of old houses that need to be flipped be enough to convince Paige that Crystal Lake has more to offer her?

As Paige spends more time with Jason, she realizes that she’s falling in love with him all over again. She’s always had a crush on him but he never noticed. Will this time around be any different? When Jason plans a romantic date in the middle of the frozen lake, Paige accepts that she may have fallen in love with Jason again. When Jason’s former fiancée ruins their date, Paige wonders if she’d let herself get caught up in the Christmas magic and lost touch with reality. What if Jason had just been passing his time with her? As if cue, she receives a surprise offer from a mysterious buyer for her grandmother’s shop. Paige accepts the offer and instructs her New York team to handle the paperwork and, speed up the process so she can sell as quickly as possible.

Paige plans on leaving before anyone wakes up on Christmas Eve. She has no idea her family has been up for hours waiting to surprise with the ultimate Christmas gift. Jason also joins them with his surprise – he is the mysterious buyer interested in her grandmother’s shop. Paige is overwhelmed by the attention. At the same time, she is furious with her parents and accuses them of being selfish by trying to tie her down to Crystal Lake. She leaves before anyone has a chance to defend themselves.

Once in New York, Paige realizes how much she misses her family, friends and, Jason. She realizes that she owes them all an apology. She attends the meeting but her mind wanders to Crystal Lake during the meeting. She tries her best to focus on the offer she’s dreamed off for so long but ends up walking out of the meeting before it’s over. The offer will tie her down to one production house and, to Europe for at least two years. She realizes that she wants to be free to travel and, work as she pleases.

She wants nothing more than to return to Crystal Lake and apologize to her parents and, Jason. Will she get a flight back to Crystal Lake before Christmas morning? Will her loved one forgive her? Will she beat the snow storm that’s predicted for Christmas day?

Paige manages to travel back to Crystal Lake. She finds her family sitting around the Christmas tree, gifts unopened. Her parents are happy to see her. She apologizes to them, accepts their gift and promises to make them proud. Once she’s made peace with her parents, she goes to Jason’s house. He’s with his family, half-heartedly opening gifts. His face lights up when he sees her. Paige apologizes to Jason and promises to try and make their relationship work.

Jason tells her that he too, has been thinking about her and, plans to split his time between New York where she films her television show and, Crystal Lake. He plans to manage his family’s hotel chain remotely and, to expand his business to New York. The story ends with Paige and Jason kissing under the mistletoe.