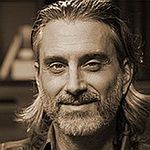 At the age of 30, I almost lost everything to drug addiction. This book chronicles my pursuit to achieve my childhood dream of becoming an artist.

Peter Bragino is a multi-discipline, mixed-media artist, designer, treasure hunter, and soul searcher. No matter the medium, his art has always been a manifestation of his personal spiritual journey and recovery. He shares his vision with the world in the hope of inspiring a deeper connection between you, the viewer, and your own life journey. He makes art to encourage people to live deeply, love fearlessly, and to appreciate this heavenly place called Earth.

After serving in the Marine Corps for five years, he began his artistic career as a freelance airbrush artist in California. He fell deeply in love with the process of creation and quickly moved on to painting on canvas and creating his own visions. Four years to the date of leaving the Marines, while deep in the throes of addiction--and experiencing recurrent suicidal ideations--he was arrested for drug possession and placed into a one-year court appointed rehabilitation program. Upon completion of the program he moved back to New York to study classical drawing and begin his career as a fine artist.

From the age of 30 on, he has spent well over 7,500 hours honing his craft, at least 5,000 of which were spent drawing the human figure from life. From this, he's created over 40 sketchbooks, thousands of drawings, and hundreds of paintings and three-dimensional works.
Message has always trumped medium. Whether through drawing, murals, sculpture, jewelry, or painting he wants the viewer to see through his eyes how beautiful he believes the world is: to appreciate the Sacred Mysteries of Life. He turned struggle into both art and music--both of which saved his life. Most of all he wants you to remember that dreams really can come true if you dedicate yourself fully to their pursuit and maintain the faith to allow them to be born. 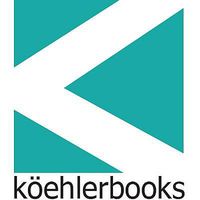 $25 Official Sketchbook Owner!
You'll get one copy of my sketchbook - "I AM HUMAN" in print and ebook form, plus you’ll get exclusive access to updates, manuscript revisions. *This bonus is limited to the first 250 readers.

$60 1+2 Bundle
You'll get one copy of my sketchbook - I AM HUMAN, +2 to share with friends at discount, in print and ebook form, plus a HUGE thanks from me in the acknowledgements section. You’ll also get everything in the previous bonus.

$100 VIP Sketchbook Owner!
You'll get one signed and personalized copy of my sketchbook - I AM HUMAN in print and ebook form, plus you’ll get exclusive access to updates, manuscript revisions. *This bonus is limited to the first 10 readers.

10 Bundle
Video hangout with live drawing and Q & A

$200 Personal Video Chat
You'll get everything in the $25 bonus, plus 9 more copies of my sketchbook - I AM HUMAN to share with your friends.

* You’ll also get a special group video session on "drawing the human form" with me.

$500 Champion
You want this book to reach a group of people and contribute to this campaign in a big way! You'll receive 25 copies of my sketchbook - I AM HUMAN, Sponsor

* Get recognized on the first page as a Champion, and get any of the above bonuses you like most.

Choose to host an online course or workshop where you can personally invite 50 people who will all get their own signed copy of my sketchbook - I AM HUMAN.

Hey there, hope you had a great Labor day weekend.

Quick update to let you know that I'm talking to multiple printers right now about creating this book. I have multiple quote requests out and I'm sure to hear back soon so that I can make a final decision about who to print with to get the most professional and consistent results.

Once the initial 202 orders are fulfilled I might be putting this book onto Amazon and using their print service called Create Space. I'm also considering Ingram Spark. The reason I'm not going with a Print on Demand service, like the two mentioned above, for the initial run of books is QUALITY. I've spoken with multiple people who have used their services and the results haven't been good. Interestingly enough the pricing is about the same to use a print on demand service or an actual printer.

I want to honor the commitment you made to me as an initial backer of this book and get you the best book possible. We will likely never see this quality again after this first run. The print on demand services like Amazon will have  the book priced at about $45.00 retail and my profit on that will be about $2.00. I never considered book sales a way to make a profit but the printing costs are much much higher than I was initially lead to believe.

Because of this I will definitely be running another separate funding campaign to fund the initial print run of this book. I haven't decided what that's going to look like yet but it's going to be necessary. As of now the cost of printing and shipping is about 50% funded due to inaccurate pricing of the book and fees associated with running the campaign.

I'm heavily leaning towards releasing a limited edition print from my future graphic novel "The Sacred Journey". This print would be available to anyone to purchase and I'd use the funds created by that to supplement the cost of printing and shipping for this book.

I wanted to make sure that you're accurately informed about where I'm at with the book. I appreciate you continuing this journey with me. The book will be awesome when it's finally completed. I'm looking forward to the printing of this book just as much as you. I've been working on this project for over 2 years now but we're getting close to the finish line.

I'll be back soon to let you know about the funding campaign.