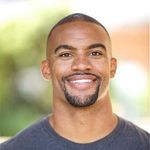 Anthony Trucks is a NFL Athlete, American Ninja Warrior and International Speaker who has been featured in Success, Netflix, and Amazon Prime.

Anthony is the creator of The Shift Method to help people close the “Identity Gaps” that are responsible for the shortfalls on their path to success. Anthony is a loving father, husband and man of faith, as well as a passionate dog dad, with his family in Walnut Creek, CA. He is a speaker, hosts the Aww Shift & Shift Starter podcasts and is a former NFL player and professional athlete with an amazing story.

21copies
0 250 500 1000
Success! Identity Shift has already sold 21 pre-orders , and will be published by Lifestyle Entrepreneurs Press .

Pre-order 1 printed copy and get the Digital eBook version for Free.

Pre-order 2 print copies,
and get:
* 6 Week Live Online Training on How to Architect & Activate the 6 Core Identity Drivers in Your Life.
* Identity Activation Blueprint that accompanies the live training.

Pre-order 5 copies,
and get:
* Anthony will work with you 1-on-1 to create a 12-Month Action Plan 1-on-1.
* Bi-Weekly Live Coaching calls with Anthony Trucks.
* Exclusive Members Portal with Expert Training and Resources.

Pre-order this bonus and get:
*45 min virtual training program with Anthony
* As many copies as your attendees (up to 100 copies)

Upgrade How You Operate to Elevate Your Life

Have you set out down a path to acquire things, attain skills, and check off accomplishments, only to wind up overwhelmed, stuck or stagnant in the process? If so, you’re hardly the only one.

Identity. The most important tool to achieve your dreams.

We live in an era with more access than ever before. Everywhere you look it appears someone is more successful, in better shape, making more money and living their dreams. This daily barrage of “better-than-me” drives feelings of imposter syndrome, unworthiness and shame, all the while, deep down we are yearning for a clear sense of self and stability more than ever before.

Have you set out down a path to acquire things, attain skills and check off accomplishments, only to wind up overwhelmed, stuck or stagnant in the process? If so, you’re hardly the only one.

This happens when your internal identity is out of alignment with what you want to be experiencing externally, in the real world. "Identity Shift" gives you the tools to make meaningful change where it counts: Your Identity. In his sophomore publication, Anthony shares here the secrets to success, but not in the gimmicky way that readers are used to. Innate with in all of us lies the ability to shift into the identity that enables us to unlock a new level of power, perspective, passion and productivity. This book is the concept and process to making an identity shift that will change your life.

Anthony Trucks grew up a black adopted boy in a poor white family to beat the odds to become the man he is today: NFL Athlete, American Ninja Warrior and International Speaker who has been featured in Success, Netflix and Amazon Prime and many more.

Start reading "Identity Shift" to stand on the shoulders of giants and ascend the mountains of your ambitions today.