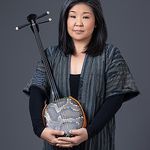 Chiemi Souen is a literary and journalistic writer. By day, she is an editor for "The Hawai‘i Herald, Hawai‘i's Japanese American Journal." By night, she is a creative writer and musician.

Chiemi writes to give a voice to Okinawan-Americans of the 2nd, 3rd, 4th and 5th generation descendants of contract sugar plantation workers who immigrated from Okinawa in the early 1900s and remain faceless in literature.

The author is a member of Afuso Ryu Ongaku Kenkyu Choichi Kai (https://www.afusochoichikaiusa.com) and Tamagusuku Ryu Senju Kai Frances Nakachi Dojo (https://senjukaihawaii.com).
She has received a scholarship sponsored by the Okinawan Prefectural Government for Okinawan descendants.

Illustrations are by Flor Kaneshiro. She is an accomplished illustrator who has experience illustrating Okinawan children's books. Her illustration style is timeless and will continue to be considered beautiful far into the future. Please see her work on her website, https://florkane.wixsite.com/florkaneshiro.
Buy on Amazon

Perfect for schools, you'll get:

This is great for non-profit organizations.
Also great for any practice or association that deals with children, motivation or life-coaching.

Thank you for following the IKIGAI journey. We currently have 1142 pre-orders, which is AMAZING! Tonight I thought I would share some of the back story of how this book got started. In 1998, I began learning uta-sanshin (the art of singing and playing a three stringed lute). By the recommendation of my teacher, Grant Murata, and my peers, I was encouraged to apply for a scholarship that was provided by the Okinawan Government to descendants of Okinawan ancestry to study in Okinawan for a year. During my year in Okinawa I studied at the University of the Ryukyus and attended the dojo of Choichi Terukina, a National Living Treasure of Japan and a Grand Master of the Afuso style of uta-sanshin.

Grand Master Terukina taught me the "Yaruki Shinkun - Lessons of the Heart" which appear in this book. When challenges arose in my uta-sanshin practice or life in general, we would be directed to the Yaruki Shinkun, which read:

Yareba dekiru. (If you try, you can do it)

Yuuki wo motte. (I will have courage.)

Jishin wo motte. (I will have confidence.)

Shuui ni sayuu sareru na. (I will not be distracted.)

Yume wo tassei suru made wa keshite yamenai. (Do not quit until your dream comes true.)

I returned home to Hawai‘i and, long story short, I had some soul searching to do. Along the way I came down with two serious auto-immune illnesses and left an accounting career to become a writer. In 2016, I realized that the "Yaruki Shinkun" and my time in Okinawa provided a lot of guidance to finding my IKIGAI. So I wrote this story. It's for children, however, it is also for anyone who is anywhere on their journey to finding or living their IKIGAI.

After I wrote the story, all the right people began to show up: mentors, an illustrator, spiritual guides, business guides and, most recently, Publishizer. But it wasn't a smooth ride. Up until now, no publisher or agent acknowledged my work. So with Publishizer, my community had a opportunity to speak up and say that they see the value of IKIGAI. I hope this will get the attention of Publishers who want to put a book on the shelf that celebrates the heritage of immigrants and teaches the philosophy of IKIGAI.