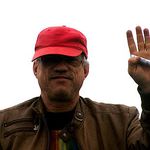 Ongoing survivor of the onslaught of HIV Dementia, I write a memoir to myself. Humor is the balm that covers the horrors of early 1990s and beyond. Pop Culture Based.

The experience of surviving the HIV Plague from 1992 onward is key to the memoir. For anyone interested in the wellbeing of family members or patients, it is a stunning document. As I mentioned, humor is used to lubricate the horror of those days and make the act of living even more poignant.

The reflection of life through the lens of pop culture 1960s and 1970s up to 2011 and coming of age moments aids in the connection with the reader. The eventual focus on 1968 adds to the general pressure of history and events on In Medias Res.

The author's eventual merging with Lovecraftian analysis aids in the pop culture connection as well as the irreverent humor of the overall psychic impact of the work.

I will gladly sign a copy of my book for you!

I will gladly sign a copy of my book for you! (3)
I will include my detailed timeline of Lovecraftian influence on the Human Time Line for 500 Million Years. Presented in scroll fashion on a CD. The Timeline has been a work in progress for two years. It will serve as a guide to the Lovecraftian influence we have been experiencing and also show some insight to my humorous outlook on life! (3)

8 Signed Copies of my book
8 Timelines as above
8 9-hour Audio CD MP4 reading of my book by the author.

Or, the Reign of Nyarlathothep. Book Two of the In Medias Res Trilogy.

Memoir to myself, written in second person, opens with diagnosis of HIV+ in 1992, and continues in a non-linear fashion through various time periods 1960-2011, of difficulty and triumph; touching on everything from undescended testicles, kissing boys, kissing girls, arguing with Yahweh and his ilk, surviving high school, college, love, abandonment and friendships gone awry, and termination of professional career.

As a memoir to myself, being written in second person, In Medias Res, opens with my diagnosis of my being HIV+ in 1992, and continues in a non-linear fashion through various time periods of difficulty and triumph circa 1960-2011; touching on everything from being born with an undescended testicle, kissing boys, kissing girls, arguing with Yahweh and his ilk, surviving High School, experiencing the epiphany of a college education, fantastic travel-adventures with friends, looking for love, being crushed by love, abandonment, panic attacks, and dealing with life-long friendships gone awry. All of this is dealt with a casual sense of sarcastic humor that saves the horrors of cancer, death and anger from rising as overall the tone of the memoir.

For the reader, it becomes clear that humor and the march of time are the balm that heals all the wounds found in In Medias Res. I found it inherently necessary to write the work with a full set of footnotes that appear on the very page they refer to, as a way of encompassing the greater aspects of the narrative, without destroying it out right. I find that a full Table of Contents and Index add greatly to the overall approachability of the work.

Having survived the plague since 1992, growing up with it and succeeding in business provides a planform of hope and security for the reader. The emotional turmoil and success or failure in love is a determination the reader will have to make. The blunt nature of the detail regarding HIV life will be helpful to the layman and professional. I have taken every drug used to fight HIV and have a grounded insight on the subject. Facing life with an irreverent sense of humor and humanistic approach got me through it and may provide a guide to others.

"Oh my! Oh my!"
-Wanda Holst, Goodrich Quality Theaters Film Buyer, Grand Rapids, MI.
"I skipped the bad words."
-Donna Johnson, retired school teacher, Saginaw, MI.
"Just finished In Medias Res and cried. I am typing with tears still in my eyes and on my face. No Words..."
-Pam Gilmore, 5/3 Bank, Muskegon, MI.
"I laughed my ass off."
-Greg Manning, Hackly Hospital, ER, Muskegon, MI.
"Awesome! I wanted to tell you that I thought that your book was heart breaking, eye opening and entertaining. I enjoyed reading it and hope you don't think that I am saying that in a patronizing way. I did or do not enjoy the terrible things that you went or are going through"
-Janell Johnson, Law Secretary, St. Charles, MI.

“A child is born into a world of phenomena, all equal in their power to enslave. It sniffs, it sucks, it strokes its eyes over the whole, uncountable range. Suddenly, one strikes.
-Then another.
-Then another.
-Why?
Moments snap together, like magnets forging a chain of shackles.
Why?
I can trace them.
I can, with time, pull them apart again.
But why, at the start, they were ever magnetized at all...
Why those particular moments of experience and no others...
I do not know, and nor does anybody else!”
--Dr. Dysart soliloquy, Equus, by Anthony Shaffer, Play/Film.

The Killing Fields:
You were introduced to the art of killing not by your father or your older brother but by your older brother’s best friend. You were up north at the blue cottage in Oscoda, Michigan. It must have been about 1973. Like all kids your age, you had a Daisy Bee-Bee gun of modest power, sold at all the local K-Mart stores. Your brother and his friend had the deadly pellet guns. For some reason, you were out hunting the vicious chipmunks that inhabited the nearby woods with only your brother’s best friend. You soon spotted one of the deadly foe in the woods in the crotch of a tree a short distance away. With the help of your new mentor, you took aim and fired. The ferocious creature was hit and took a dive to the forest floor.
Realizing what you had just done in a flash of karmic insight, not knowing of the Wheel of Samsara to come (This being the Karmic theory of revolving reincarnations of the soul that is supposed to lead to purer and better lives as you progress, ending in enlightenment and bliss. The fact that you never remember your past life does not seem to bother its followers…), you ran up to the dying creature and fired about twenty bee-bee rounds into its body in an attempt to insure its quick demise with the least amount of pain. Your mentor grabbed your shoulder and hurled you around to look into your gigantic eyes and asked, as you would hear so many times in the future, “What is wrong with you?”
You explained that you wanted to be sure it died quickly. Then you were shown the right of passage of cutting off the chipmunk’s tail and told to display it to all your friends (and enemies alike) to show your courage in battle.

Phalluses:
It was in your tenth grade literature class that you first heard the phrase “Phallic Imagery.” Presented by your female teacher in conjunction with the analysis of the notorious homosexual poet, Walt Whitman and his “Leaves of Grass,” she explained its meaning as “Erect male penis.” (Begging the question of whether there is another kind?). For weeks afterward, you and your friends would burst forth with “Oh Mannahatta, your towering girders, soaring into the heights…” at the most inopportune times. This female teacher was quite popular with the male kids as she had big boobs. She was unafraid to discuss sexual matters and claimed to do her house-cleaning in the nude. You once had a detailed discussion with her on the nature of the rape scene in A Clockwork Orange; you claiming that it was one of the funniest things on film, she disagreeing. (As you aged, you have grown to see the Socratic achievement of tragedy of the act mixed with the callous humor of its form.)
Later in mid-life on your trip to Pompeii, you would discover that the ancient Romans of 70CE were amazingly sophisticated, if not simply unphased, by the basic sexuality of the human condition and form. Not only did they embrace the notion of the appreciation of ephebic masculine beauty, and the natural attraction to such creatures, but they enshrined it in the myth of Ganymede in which Zeus is so captivated by the young Greek Ganymede that he changes into an eagle and swoops down to Earth, grabs him, and takes him to “heaven” (Mt. Olympus) where he is to be his personal water barer forever. (It is critical to note that the Christians would later embrace this image as further mythological reinforcement to the belief that humans could seek to be transmogrified as souls and arrive in heaven with Yahweh as their reward in the afterlife). The “Symbol of Homosexual Love,” as our guide repeated continuously, in the guise of Ganymede, was present all over Pompeii, on the water fountains, city walls and especially in the public baths.
Likewise, the ancient universal symbol of good luck, the “Erect Male Penis,” (Often displayed with wings) was displayed wherever “Good Luck” was needed; on charms, as household art objects, or paintings. Aside from bringing good luck, the “Erect Male Penis” was also a demonstrative sign of virility. If your marriage was blessed with the birth of children, the symbol was displayed over the door of your household, indicating that you were “lucky” in producing children. So
when walking down the streets of Pompeii, you saw many an “Erect Male Penis” emblazoned on the front of street-facing entry doors.
On Delos, you would face the ultimate in demonstrative fecundity, as the birthplace of the Gods was home to the definitive proof that men are supposed to have two balls. Even in their vandalized state, little needs to be said of the glory of masculine good luck and the true place of the generative organ in society.

The Glory of Futures Past, Delos, Greece.

(…Spirit of the Sky, Remember. Spirit of the Earth, Remember...)
“It's time to abandon the churches and start building space shuttles. It's time to stop praying for the stars and time to start going there. If the Gods have forgotten us, it's about time to show up on their doorstep and remind them.”
--The Gates of the Necronomicon, Simon, 2006

“Yahweh” was uttered to you for the first time in a college philosophy class, spurring intrigue and questions for years onward in your pliant brain as “He who has no name” was indeed named.
In the same vein of discovery, when you watched 1960’s Spartacus on TV as a child, and saw that 60,000 slaves were being put to death by crucifixion on the Apian Way, you understood, for the first time, that the Christ’s crucifixion was not a singular event, but that such an ignominious end was a common execution device used by the a Romans for criminals and enemies of the state for hundreds of years.
Introducing you to the depth of the notion, “if you love someone, set them free,” in college Søren Kierkegaard’s 1843 treatise Fear and Trembling induced pondering on the fact that a truly active God would require the utmost in rage and rejection from the human race, you dealt with the non-atheistic notion of the terrible responsibility Yahweh would have and how ineptly he had dealt with his creation. Ultimately, you concluded that if this universe were the best he could do, He ought not to have done it.