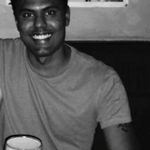 Nicholas' journey as a writer began with a blog before progressing to writing articles for various online publications. His love for writing books comes from the desire to provide the full story. After all, many issues are more complex than a 500 word article may suggest. Nicholas' goal is to be the change he wants to see in this world when it comes to sustaining this world for generations to come. He hopes that if nothing else, his books will start a conversation to galvanise a change towards a better future.

Being an E-addict, you will receive one copy of La Chulla Vida as an e-book in Mobi & EPUB digital format.

Some people have asked for a signed copy, so I thought I'd provide this as an option. :)

The classic reader gets you your own paperback copy of La Chulla Vida. There is just nothing like the feeling of a physical book in your hand!

The classic reader gets you your own paperback copy of La Chulla Vida. There is just nothing like the feeling of a physical book in your hand!

You will also get 1 more paperback that you will be able to give to someone else you know who might be interested in reading the book.

Be part of the #LaChullaVida movement.

1) Have a signed copy + a personal note
2) Receive both the paperback and Ebook.
3) Link on dedicated Thank You page on nickpatchronicles.com with links to your own social media/website.

If you can gather a group of 10 people to purchase in bulk, I will share 20% of the profits - which means minus the cost of production - with you. Just provide me your PayPal email address.

It is also a good opportunity to help me market the book if you would be so kind. :)

Help me pitch this novel as a movie! I believe it has the potential to become one. I just need to pitch it to the right people. I plan on sending a pitch along with the book to people who can possibly make this happen.

1) Have a signed copy + a personal note
2) Receive both the paperback and Ebook.
3) Link on dedicated Thank You page on nickpatchronicles.com with links to your own social media/website.

If you can gather a group of 10 people to purchase in bulk, I will split the profit - which means minus the cost of production - with you down the middle, 50%-50%. Just provide me your paypal email address.

You'll receive
1) Have your name on my personal thank you's page of the book
2) Receive both the paperback and Ebook.
3) Link on dedicated Thank You page on nickpatchronicles.com with links to your own social media/website.
4) Personal coaching through your self-publishing journey - I'll provide tips and best practices based on my experience.

A young man's involvement with the leader of Ecuador's most dangerous narco-cartel, and the moral struggle that results from it.

This target is set because once my campaign passes the $5000, Publishizer will send an email to it's over 10,000 subscribers recommending my book. Since I'm self-publishing, any help from them in terms of marketing would be greatly appreciated. Hence the reason for the target.

This book came about rather unexpectedly and organically. The six months I spent in Ecuador was life-changing for me. It was the type of paradoxical experience where both nothing and everything happened.

I learnt that social issues were far more complex than the world often seems to suggest. That the social lottery is a pertinent problem, and that a lot of work needs to be done in order for everyone to get a fair shot at having a good quality of life. But more importantly, I learnt that life is too short to live a life you don't want. Hence the title of the book, La Chulla Vida, which translates to living life on your own terms.

This book is my attempt to explore the human experience and to raise awareness about the state of the world we currently live in. I wrote it as a crime/thriller novel to make it much more interesting and captivating.

It is the manifestation of my desire to be the change I want to see in this world. I do hope you enjoy it.

This novel is for those who enjoy a good crime/thriller story. It is for those who are interested in learning about some of the most pressing issues facing our world today. Issues that we are often not privy to. And finally, it is a book to read if you're looking for inspiration on how to live a more fulfilling life as well as to appreciate the things we are fortunate enough to have.

La Chulla Vida is a story about a young man, Nico, who inadvertently meets the leader of the Ecuadorean narco-cartel, Luiz, while on a semester abroad. Luiz takes Nico under his wing to show him the workings of society's underbelly, intent on showing him the real problems that plague the city, country, and continent. Nico soon finds out that Luiz does have a good side, and that the difference between what's right and wrong isn't as clear as it is made out to be. Eventually, Nico has to decide whether the good Luiz does make up for the bad when the law finally catches up to them.

Goals for the book

The goal for the book is to make my case on living life on your terms, anything more for the reader to read, absorb and enjoy. :)

My ultimate goal of the book is to see it become a movie! I hope you will join me in helping me achieve this particular goal of mine, especially if you enjoyed reading the book.

I could feel the calmness of the river beneath me. The only sounds that could be heard were the bellowing howls of the howler monkeys, the chirping from the various species of birds and the motor of our aged, decrepit boat. But as soon as Beto turned the loud humming motor off, everything fell eerily quiet. It was almost as if the animals were trying to warn us of an impending danger. Anything was possible in the realm of the endangered, the mysterious and the rare. I was half expecting a crocodile to leap out of the mangroves and snap our boat in half with its steely jaw.

We spotted a jaguar by the riverbank sitting on its hind legs, showing off its well defined, muscled chest. It watched us warily as our boat flowed through the river at a snail's pace, making everyone on board a little nervous, even though most of us – except Felipe and I – were more than familiar with animals as majestic as that black cat. This was his territory, and we were trespassing. We were the outsiders. We were the ones who didn't belong.

“Alright! Feli...Nico, time to jump off the boat, ah!" yelled out Richard, in his unmistakable South African accent.

“Hmm? What? You want me to jump into the river? No, it's okay. I'll just stay onboard," I replied instantly, petrified at the thought of being partially submerged in the river of monsters.

“Did I say you two have a choice?"

By now Luiz, Beto and some of the other Treces were laughing. Richard had made them all go through this ritual before, in an attempt to make them appreciate the lungs of the earth.

Leading by example, Luiz removed his singlet and cannonballed in, creating a splash that looked like there had been an underwater explosion. Then, one by one, everyone else entered the calm waters. Some of the Treces, like Beto, were still scared to jump in, shivering as they stood by the side of the boat. Others slid in slowly and quietly as if trying not to wake up the monsters that lurked beneath. But then there were, of course, the daredevils. They were the ones, like Luiz, who either cannon balled or did a backflip off the boat. It was nice to see the fun side of otherwise fierce men. Felipe and I reluctantly followed suit, tiptoeing down the ladder at the side of the boat, into the water. All of us were now at the mercy of one of the most dangerous rivers in the world.

We floated for about four to five miles towards the direction of our base camp. The journey was surprisingly – or perhaps a more appropriate word would be unexpectedly – peaceful and uneventful. Our bodies lay still, succumbing to the current of this ancient river as our senses soaked in the sights and sounds of one of the most beautiful, untouched and unseen places in the world. Just knowing that the jungles on either side of us contained some of the rarest, wildest and most dangerous animals ever known to man made us understand what it must've felt like to be an explorer in primitive times, where everything seemed so alien. My heart inevitably became overwhelmed with appreciation. Yet my mind was still fully aware of the fact that predatory animals were watching us, either camouflaging well under the dense foliage of the rainforest or lurking underneath the murky waters. Without any form of weapon as protection, we weren't just prey. We were bait.

Once we reached our base camp, Felipe and I rinsed out our t-shirts and hung them on one of the tree branches by the river before taking a seat on the logs that were resting by the riverbed. Richard stood facing away from us and toward the river. The sounds of the rainforest became more prominent. The whining of the crickets, the koo-ing of the birds and the sound of the river slapping against the banks were unmistakable. Richard turned around, cleared his throat and began to speak.

“My friends, you've just had the privilege of doing what only some hundred people and your Trece brothers have been lucky enough to do. You swam in one of the most isolated parts of the Amazon River. And underneath you were crocodiles, piranhas, anacondas and many other wild and dangerous animals. Yet…nothing happened to you, ah." He paused as if giving us an opportunity to brace ourselves for what he was to say next. “Now tell me…between them and you, who is the more dangerous animal?"

How do you respond to a question like that? Deep down I knew what he was implicitly trying to say, and I knew that he was right. Plus, he couldn't have picked a more opportune time to say it. Had it been at any other time, its impact would have been far less significant. Floating along the Amazon River taught me that in the animal kingdom, things are done out of necessity. But in the realm of humans, well, necessity has very little to do with anything.

Our midday swim in the Amazon River was a prelude to what was to come. Deep within the jungles, there was an evil at work. Evil Felipe and I were only allowed to witness under the supervision and protection of the Treces. However, none of them, not even Richard, were willing to tell us exactly what it was. They wanted us to experience it without anticipation, expectation or predisposition. And they were right to do so.