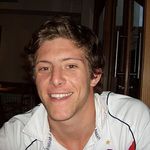 James has written for some of Malaysia's most prominent cultural magazines and is a co-editor of the Penang Free Sheet, Penang's weekly go-to event guide.

JAMES SPRINGER left his home in the UK immediately after graduating from Loughborough University with a 2:1 in Politics and International Relations in 2008. Eager to test his student’s perspective of the world with reality, he first lived in Syria before traveling overland to South-East Asia and Malaysia. Although quiet and underdeveloped at the time, the small island of Penang quickly became a home-away-from-home and fueled his intense desire for making a difference in the world – however small.

Springer’s initial step into Penang’s development was with wine. After completing his Sommelier’s course in Kuala Lumpur, he embarked on a mission to raise the local population’s general knowledge of wine through courses and classes taught at wine bars, seminars, and hospitality institutions across the country. His company – Wine Advisory – has been running for three years now.

Writing was a passion of his throughout his time in Malaysia, albeit somewhat sidelined, until the beginning of 2016 when he made it a full-time, freelancing career. He has written – and continues to write – for Malaysian publications such as Penang Monthly and The Expat Group, as well as international magazines such as GQ and Esquire through their subsidiaries in Malaysia. He is also co-founder and co-editor of the Penang Free Sheet, a weekly-distributed four-page booklet detailing all the events taking place in Penang each week. Conceived in 2014, the Penang Free Sheet continues today with over 6,000 physical and electronic copies delivered each week, a functional website, and development of an application underway.

In addition to Malaysia’s Canvas, Springer has another two concepts in mind for future publication. Noble Rot is set to be a work of fiction, telling the story of illegal immigrant Paul Jameson becoming disenchanted with the exotic as he struggles to raise wine’s profile in Malaysia, while slowly degrading into a tropical life of drink and debauchery, black magic, corruption, and wildly confusing cultural norms. The other, On the Campaign Trail: Malaysia’s Political Reality, will be another non-fiction, fly-on-the-wall account of Malaysia’s opposition party campaigning for the general elections in May 2018, for a period of 6-8 months. Using his contacts in federal and state government, Springer aims to document how a democratic political campaign is carried out in Malaysia by following the party’s nominees as they travel the country engaging with the voting public.

• 1 'Signed' Copy
• Free Ebook (PDF, ePUB, MOBI)
• Your name Acknowledged in the book
• 1 art print by a selected artist featured in the book

• 5 'Signed' Copies
• Free Ebook (PDF, ePUB, MOBI)
• Your name Acknowledged in the book
• 1 art print by a selected artist featured in the book

Pre-orders have continued to rise steadily, albeit not on the same trajectory as the initial surge. However, I am pleased to say that the Early Bird Bonus has now sold out! I am now just shy of 120 pre-orders.

The plans for promoting to the public - 2 degrees or more of separation - are well under way and should help in reaching that next target of 250 pre-orders. As always, any and all help in spreading the word is much appreciated and helps leaps and bounds with attracting attention for the book.

All the very best,