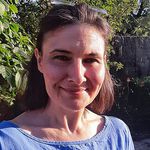 MSc Biochem/Biophysics. Worked at GSK, Roche and others. Currently working as an Infinity Alignment therapist and I also love to help people de-stress using art and creativity amongst other methods.

I was born many years ago in what was then communist Poland.
I came to UK at the age of eleven already harboring unbridled fascination with the mystery of life, universe, nature and mind.
I went on to study Biophysics/Medical Biochemistry and worked in research for some years, before retraining in alternative therapies. I do not feel I have changed direction, just expanded horizons.

Currently I live in London with my cat. I work in Infinity Alignment therapy, run meditations and creativity workshops. Adult coloring books are one of the tools I am exploring with clients. The applications range from pure fun to more serious emotional release. The image being colored can be also used to encourage mindful reflection or educate. I am exited about exploring that side further. 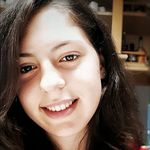 Bio: A student who has been passionate about Graphic Design, Illustration and all things related to the Golden Ratio. I have designed overall images within this coloring book, with pure joy and love.

I was born and raised in London. As a child I often sought and learnt from my elders, experiences and nature. I never felt like I quite fit in with those I encountered throughout my life and so settled for my own company and found that I really enjoyed the time to imagine and develop my thoughts or my weaknesses into my strengths.

While studying, I discovered Graphic Design and fell in love with it. I couldn’t draw very well but I found that the precision and flair I lacked could easily be found and perfected on digital softwares. So, I learnt, improved and developed a new skill. This led me to want to use this and make a coloring book with all of my very own designs. The images I have created have brought me much peace and I wanted to share and explore this with others. My wish of producing my own Coloring Book has become a reality and I can’t wait to develop this further!

1 Copy of the autographed limited edition of Mathematical nature of Nature. The Golden Ratio" + free ebook + an invitation to our book launch party. You ALSO get exclusive access to the updates and an invite to join our community.

2 Copies (One for you and one for a friend) of the autographed limited edition of the book "Mathematical nature of Nature. The Golden Ratio" together with the free ebook + invitation to our book launch party. You ALSO get exclusive access to the updates and an invite to join our community.

5 copies of the book "Mathematical nature of Nature. The Golden Ratio" with a free ebook + All of the above + Free Infinity Alignment session with Magdalen Joy worth $130. This relaxing relaxing experience works just as well hands on as a remote session. You choose. Phone consultation included.

7 copies the book "Mathematical nature of Nature. The Golden Ratio" with a free ebook + ALL of the ABOVE + Your name mentioned in the book. Session exchangeable for a detailed geopathic/emf assessment for your house or office.

16 copies the book "Mathematical nature of Nature. The Golden Ratio" with a free ebook + ALL of the ABOVE and an acknowledgement of gratitude in the book. You ALSO get a geopathic/emf assessment of your house or office with a space harmonising session. Phone consultations included.

25 copies of the book "Mathematical nature of Nature. The Golden Ratio" with a free ebook, invitation to join our community, our book launch party and an acknowledgement of gratitude in the book. You also get one of any of the above plus a free Wellness Assessment with the international naturapath Jean Marc Degioanni of Infinity Alignment worth $135. Includes nutritional and life style recommendations and how best to support your immunity.

50 copies of the book "Mathematical nature of Nature. The Golden Ratio" with a free ebook, invitation to join our community, an acknowledgement in the book as the benefactor with a BIG THANK YOU and a special invitation to our book launch party. You also get any 2 of the above plus a gas-breath analysis of gut microbiota by Jean Marc Degioanni. Price of the gas-breath test alone is $200. You get additionally a consultation with nutritional recommendations and advice on supporting your immune system.

100 copies of the book "Mathematical nature of Nature. The Golden Ratio" with a free ebook, invitation to join our community, our book launch party and an acknowledgement in the book as a benefactor with a BIG THANK YOU. You also get any 3 of the above plus a free Gas-Breath test analysis of the gut microbiota by Jean Marc Degioanni of Infinity Alignment. Nutritional recommendations are included in the bonus. This offer comes with a special gift of gratitude from Magdalen Joy which is a detailed geopathic/emf assessment for your house and office.

Most coloring book enthusiasts do not stop at the purchase of one coloring book. People in this group, particularly adults, are happy to spend money to support their hobby, although owning several unfinished coloring books can be disincentivising to further purchases. There is also a pool of people for whom this type of activity can seem to lack a sense of achievement or self-expression, and can feel predictable and monotonous. Testing our book on both groups of people, we have had very positive responses from those who have previously enjoyed coloring books and also those who have not considered coloring as a hobby before. We have also had very positive responses from children, which surprised both us and their parents.

The book "Mathematical nature of Nature. The Golden Ratio" is plentiful in geometric mandalas and mosaics accompanied by stories and trivia pulling from a vast range of fields, including science, nature, and geometry, through to more baffling topics such as the mysteries of crop circles.
The act of coloring in the iconic structures of golden ratio objects, such as DNA, helps to gain a tactile connection to the microscopic world. It was interesting for us to find that the DNA images were a popular choice with children, not just adults, while images with large objects in deliberately calming arrangements, such as the fish were enjoyed by many adults who had no prior interest in the coloring books.
The images with light grey lines provide a new and unique challenge. The artist-reader is able to color and trace the outlines of the golden ratio patterns with their own hand. The focus is to familiarise people with the construction lines behind the shapes they have been coloring. Meanwhile The golden ratio doodle section offers a new way of creating completely new compositions. People are given free reign to draw out their own golden ratio-based designs, with only a set of golden ratio guidelines to channel their creativity.

This book is a child of joint work between Magda Joy, Magalie Degioanni, and Echidna, each respectively a therapist with a background in science, a graphic designer and illustrator, and an artist, illustrator and proof-reader.
Magalie and Echidna work in both digital and traditional media. Their passion is creation. Magda works in therapy and runs meditation days. She has found that, for overactive minds, it is very useful to give the brain something neutral to think about, in order to slow the stream of thoughts. In our book such is provided by the trivia about one of the most enigmatic concepts in our universe, the golden ratio. Once the mind resets itself in a neutral focus, the creative uninhibited side can take over. Once people find their joy of creation they do not want to stop.

Adults who wish to de-stress creatively whilst learning something effortlessly.

Since ancient times, much has been written about divine proportion. The idea can be approached from many angles; indeed, it can remain an idea for some and for others, it can reveal a mysterious progression in nature. Over the centuries, artists, architects, astronomers and mathematicians have revealed this geometric structure underlying movement and form.

But what about the individual who is none of those things? A man or woman with their newborn or walking the hill country seeing the beauty of nature and sense that in their wonder lies a question.

How can it be so?

Nature is always in flux, and we as people are part of its great momentum. In quieter moments, we may perceive something of its rhythm.

Magalie and Magda have created a most beautiful book which will help us experience the ever-expanding nature of the golden ratio. Its wonders will reveal themselves as we color but will happily not reveal the hidden cause. Because for that, we must look ever closer and ever further forever.