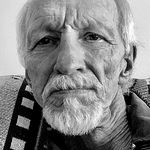 Rob Taylor is a California native currently living in Toronto. He is the author of The Irreducible Primary: A Dialogue on Nature, Spirituality, and the Human Condition.

I am an author, poet, and photographer; a California native, now living in Toronto. I am also a Marine Corps veteran, former law enforcement officer, and a two-time cancer survivor. I maintain a disciplined vegan lifestyle and adhere to an intense physical training regimen.

Over several decades, I have traveled to numerous countries and experienced many cultures including Japan, Okinawa, Belize, the Philippines, Mexico, England, Scotland, South Africa, the Netherlands, Canada, and Israel.

My spiritual journey began as a young child, full of questions and observations, and spanned fifty years through present day. I have participated in and examined nearly every religion and spiritual methodology. I'm the author of The Irreducible Primary which is available at Amazon, all other eBook sellers, and major book retailers throughout North America. My second book, Noesis, is nearing completion.

One copy of the professionally designed eBook (compatible with all devices).

One copy of the professionally designed eBook and the eBook copy of my first book, The Irreducible Primary (compatible with all devices).

One paperback edition of Noesis, the professionally designed eBook and the eBook copy of my first book, The Irreducible Primary (compatible with all devices).

One 16x24 poster from The Irreducible Primary, printed on metal and ready to hang. The poster can be viewed here:

Your name will be featured inside Noesis on a Patrons Support page.

Noesis is a socio-spiritual based collection of poetry that challenges our attitudes toward current global issues related to politics, religion, government, and society.

Noesis is a collection of eighty poems (23 originally from my first book) that explore spirituality in the context of human conduct we observe every day, through direct participation, or via our five senses. Each poem will manifest some form of energy within the reader depending on individual perspectives.

The poetry does not speak of anyone in particular, but each reader will identify with some aspect of the poem. In a spiritual context, poetry is an expression of the soul for both the writer and the reader. It's only the point of view that changes.

The value to the reader is enhanced if my previous book, The Irreducible Primary, is read first. This is because a mindset is established that continues to resonate with Noesis. Of course, reading the first book is not a prerequisite.

The poems will not be structured into chapters. Instead, the poems will flow from one to another between short, relevant original quotes. The quotes will always occupy the facing page to the poem.

Below is an example of the structure.

A total of eighty poems will be included.

While this book is written for everyone, those most receptive will be spiritual seekers, social activists, environmentalists, nature advocates, academics, those who have become dissatisfied with religious dogma and government ineptness.

Demand for spiritual books remains high and competitive with other popular genres.

According to Bookstr (http://bit.ly/2BgrhZb), overall sales revenue ranking for 2016 also indicates the continuing demand for spiritual based reading.

The following promotion strategy is anticipated for Noesis

Also, there will be eBook promotion events that include leveraging both of my books in combination to increase exposure and sales.

Competing books (both spiritual poetry and spiritual non-poetry) that discuss similar aspects of spirituality are as follows:

·       The Power of Now: A Guide to Spiritual Enlightenment, by Eckhart Tolle, Publisher: Namaste Publishing (August 19, 2004)

The primary difference between my writing, and many competing books, is the direct and sometimes uncomfortable method by which I address spirituality and human conduct. The human species has an immense responsibility for balancing all aspects of creation, but the dynamics of that responsibility are not sufficiently understood.

My inner dialog is restless

For peace stays distant while

I am aging and struggle

With neglects to nature as soul

Silence and words of ancient

Ones who walked this path

On my hindered consciousness

I am not a butterfly

I ponder winters past, but

Seasons are vague as fine dust

That never settles and each

Fragments of light until the

Of wildflowers and my own fragility

Before I scaled Ten Mountains

Such although our children

Which can be problematic

For supply is often

Under twelve will qualify

The innocence of youth

We question what could

Have been done differently to

My soul is mounting

Spaces of a failed

Frauds would exile nature to

The closure of ancient

Doors that once invited me

Within a hidden place

Dreamt except in visions

Of genius by bohemian minds

Illusions of freedom while

Where free speech is only

To suppressive scrutiny by

The mocking chants against

Those not so convinced the

Charades of equality should be

When our minds and dignity

Are surrendered in allegiance

To colored rags with a

Reserved for gods, as though such

Symbolism is not perishable

Closer than a moment

Now I take the vows

Of toil as though

I were a samurai

Me and I am no longer