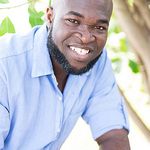 I am a single dad of three boys, found my roar when my back was against the wall.
I have wrote a couple books, Motivate youths and Emcee events

I am a single dad of three boys, found my voice when i really needed it. I am impossible to miss, love being center stage. I have being called a man of many impression, very ambitious, creative with my endeavors. Warmth and enthusiasm, I would
say a pleasure to be around. I can sometimes be overbearing and somewhat autocratic, also well-organized at times, idealistic and have a knack for inspiring others. I have written multiple books, for Kids and adult alike. I have done numerous motivational speaking engagements, Lectures at colleges, poems speaking, emcee/hosting events and festivals. I have being writing since high school, but never pursued my writing until later years.  I currently have two kid book out, (Lion with noroar) publish by Austin Macauley Publishing in London and (Peedie like drip drop) publish by Lulu. I have travel to England, Canada, Africa and the Caribbean for Lion with no roar book appearances. All of it was done with personal money, the book sold out everywhere I did an appearance. I have not done any promotion for "Peedie like drip drop" as I have ran out of money. I have gotten no help from the bank as my credit doesn't meet standard. I have a video game in development from the story line of this current book "Nostril Adventures".

Subscribe now to get early access to exclusive bonuses for my upcoming book, Nostril Adventures, when it launches.

Seven signed copies of the book.

Sixty signed copies of the book.

The strength of the smell

A unique mouse with the gift to smell and identify the finest
of cheeses,quest for survival, and a mission to protect the most valuable cheese from his evil nemesis, Roscoe.

Nostril is a drama-mystery story designed for children, seven and up. Nostril is a unique mouse with the gift to smell and identify the finest of cheeses. He can sniff out the most minute differences in cheese with his with very large nose.  A asset for Nostril, who is unable to survive off of ordinary cheese.
The story surrounds itself around nostrils quest for survival,
and his mission to protect the most valuable cheese from his evil nemesis, Roscoe. Roscoe is an evil daunting rat that wants the most valuable cheese – Gold Dust cheese (Clauson stilton), which is filled with flecks of real gold. Gold that will allow Roscoe to develop similar powers to Nostril, but more powerful that could allow him to become immortal and overtake the mouse world and Nostril. Because of this, Nostril needs
to make it his mission to ultimately protect the Gold Dust cheese from ever being found or obtained by street rats who often make it challenging for him to find cheese throughout his quests and especially Roscoe his evil Nemesis

Nostril Adventures is a picture book consist of thirteen image. The book is structured around eight chapter and the plot is base around Nostril and his gifted nose for the finer cheese. This is chapter two of the story call "the gift of the nose"

Growing up on a little farm house under the cellar, there were always mouse traps lying around waiting patiently, filled with a nice slice of cheese. This never bothered Nostril, for he was always about the finer cheese. Some days his mice friends would fall for the trickery traps. Nostril never understood why some of his friends would always wondered off and not come back. Life on the farm for Nostril was full of mysteries, but he wanted more. He wanted to challenge his nose on finding all the finer cheese in every single household leading up to the mansion that was owned by Mr. Windslow. Nostril had realized he was different from all the other mice and needed to come up with a plan that would help him execute his mission. The other mice would eat anything that had minor nutritional value, but this was not Nostril. If his nose was not fascinated with the smell, it would not happen. Because his nose was more fascinated with the real expensive cheese, which was in the south part of Italy, he would need to leave his place of comfort to satisfy his nose.

This book is for kids seven upward to age fifteen, along with readers that like adventures and quest features.

The One and Only Ivan

by Katherine Applegate and Patricia Castelao

The Indian in the Cupboard

The houses of great findings

One day as Nostril make his way to town, a dump truck had passed by and a paper flew out to the side of the road. Nostril’s eyes opened wide as the paper looked as though it had a house blueprint on it. He was right! The paper was one of Mr. Windslow’s old blueprints of his mansion and a layout of the ranch. Nostril quickly rolled up the blueprint and tucked it in his back pack. As he walked further, he came upon a man and a woman picking up fruits and grains and putting them in a basket in the back of their pick-up truck and arguing about two neighborhoods in the south of Italy and how rich all the individuals that lived there. Nostril overheard their plan on the different houses they wanted to hit, and said to himself, “this is the perfect ride for me”! Right as they were done packing the van, Nostril ran to the side and climbed in. As Nostril looked at the trees going by, his mind went back on his days at the farm house and how every now and again, the farm house owner would set mouse traps with cheese as bait, because the rodents would raid the cupboard and knock cereal all over the place.

He remembers how his friend would always think of him as a weird mouse when he wouldn’t eat certain cheese. One of the things he learned was to be around the different cheeses and notice the pungent aroma. How could he be normal like the rest
and eat normal cheese? What was saving him was when the farm house owner decided he needed to fix the mouse problem he had, he hired a specialist to come in to set poison in the actual cheese. This was a similar smell to the pungent aroma, but stronger. All those mice found cheese and laughed at Nostril because he had none for himself. That would be the last time Nostril would see them. Nostril got out of van and looked up and down the neighborhood. All the houses looked nice, so he ran over to the other neighborhood and noticed it was nicer. In the distance he saw the mansion on a very large land space. As much as he wanted to run there, he realized it would not be easy. He then decided to go back over on the first neighborhood and start there, where he could get a feel for the different house set up and who was running the mouse world.