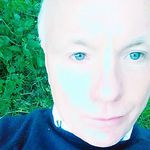 Personal invitation to participate in famous Number theory seminar of University of Oxford. It is a good chance to understand the difference between Plato's scholar speculations on "Plato's number" and professional living Platonism of today's number theorists. Tour in Oxford associated with history of Plato's Enigma is also offered.

History of the most famous mathematical puzzle of Platonism connected with Plato's passage 546, B8, Republic is considered. Mysterious story of perfect numbers governing human history is told.

PLATO'S ENIGMA
Introduction.
Suddenly one night in May after exactly 17 years of silence underground Magicacidada Septendud (Periodic Cicada) emerge to fill air with their raucous noise. Their incredible ability to merge by the millions within a matter of hours and to disappear shortly is without parallels in the animal kingdom. However, Plato, founder of Western Philosophy , had found unexpected striking analogy of such cicada cycle in the human history .
Part 1.
In his ridicule passage 546,book 8 Republic Plato suggested that there are periodic perfect numbers which must define such sort of political cycles of human history. Thus, after some period of time certain loss of vital power of human societies must emerge again and again. Correspondingly, new Gallipolis, new timocracy, new democracy and finally new tyrrany, governed by perfect numbers, must emerge again.
Part 2.
Despite all attempts of philosophers ( starting from Aristotle),historians, mathematicians,political theorists and translators during at least 2500 years,Plato's passage remained unsolved and poor understood. This vast literature produced what we define today as " Plato's Enigma ".
Part 3.
In 1999 after mysterious adventures with calculations I published in
prestigious and oldest mathematical journal of Europe (Bull Sci Math 1999 ,123) my modern mathematical solution of Plato's enigma. Using unpublished notebooks of great Indian self - educated mathematician Ramanujan, I introduced new 3 perfect periodic numbers which must provide successful Plato's calculations of political cycles in some unknown units of time.
Part 4.
After publication I faced with unexpected adventures which led me in Oxford where I discovered true Fundamentalness of Plato's periodic perfect numbers. In particularly, it is surprisingly that perfect number 28 is a Magic number in Nuclear physics ( nickel - 48 has 28 protons and atomic number 28)...!
I'd like to share my enjoyment by Plato's mystery and Plato's unspeakable math with my readers in our strange mysterious time of puzzling transformations.