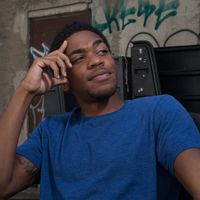 Barren Jefferson is an Art Student with a great passion for literature and poetry. Writing became a hobby for Barren after having two of his prized poems published while in the 4th grade. A former songwriter and entertainer, Barren has worked with many popular artists and even more local/underground artists. As far as writing strengths, Barren uses vivid imagery, metaphors describing spiritual elements, and he also conveys human emotion in a rather life-like manner.