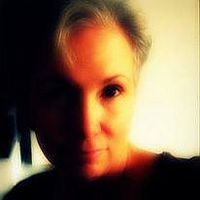 JoMaree Atkins is a freelance writer/editor, being stalked, harassed, and surveilled for several years now. Known in the targeted individual (T.I.) community as “T.I. Jo,” she has tried, along with others, to raise awareness, push legislation, and expose this menacing program by protesting, lobbying, and writing. This is her first book about her experience as a targeted individual. She hopes it will shed light on the psychological terror targets are put through, aid those experiencing similar circumstances, and prompt officials to investigate and end this horrific system of injustice.

JoMaree has written about health, human rights, and travel in the past. She has a master’s degree in public health and has been published in newspapers, magazines, and online venues. She frequently wrote about violence against women, including interpersonal violence and protective parents, who lose custody to abusive spouses. She learned first-hand the terror women went through by traveling the world independently and volunteering with human rights organizations. In all, JoMaree has journeyed to nearly 40 countries and lived in four foreign cities.

JoMaree was diagnosed with breast cancer in 2010, two years after returning from a long trip abroad. This was followed by mobbing at her workplace and then by organized stalking, which continues today. She hopes to continue writing, as long as she can get published, and live a simple life, pursuing as many goals as possible under the circumstances. She is optimistic organized stalking will be exposed one day and the truth, as they say, shall set the world free.