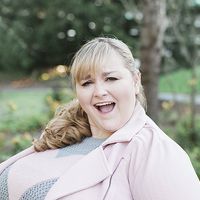 Monica Cable started her writing career early in life, penning her first short story "Nature's Finest" in 1981, at the age of 5. Discouraged by her small child's vocabulary, she felt the short story format was best suited for her but by grade three, brand new home computer at the ready, she felt fit to finally tackle her first novel, about the always-interesting grade school life of a white child in suburban America. Monica continued writing throughout her childhood in Cleveland and into her teens, what could mostly be considered prehistoric fanfiction starring herself and the New Kids on the Block. Eventually, through schooling and life experience, Monica made it to the important milestone of being paid for her word-smithing. She's written, edited and proofread for an Internet publishing firm, a well-known Hollywood research firm and various individual clients. Her love of writing has never waned, no matter how often she had to write about health insurance or human resources, and her personal projects include screenplays, novels and co-authoring the most hilarious chick lit series you're not reading. She recently completed her first non-fiction book "If You Were an Alien, Would You Want to Live Here??? 101 Reasons Why Fearing an Alien Invasion is Absolutely Preposterous...and 10 that Kinda Make Sense" and is already at work on her next literary marvel. You can follow her insane wit and uncomfortable observations on FaceBook, Blogger, Pinterest, and Twitter. Monica is now living in Portland, OR with her husband (who is not a member of New Kids on the Block).

If You Were An Alien Would You Want T...

Worried ET is coming to use you as a skin suit? One courageous writer examines why Earth isn't the Home for Wayward Aliens we fear.