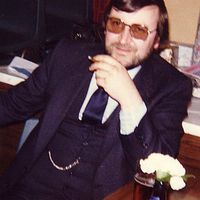 I grew up in a village in the sunlight of a high field in Scotland; I went to primary school there, then to Grammar School and College. I became a Human Resources Senior Manager, but at a young age, I became a Professional Musician and Songwriter, touring the world including the USA several times. I wrote 1000 songs (literally), and recorded several albums for major record labels. Disillusioned with music, I left the business and became a successful Property Investor. I recently returned to writing, as after all this time, I realise it's my true talent in this world, and I should never have abandoned it. I have written five books thus far, all of them different genres and themes.