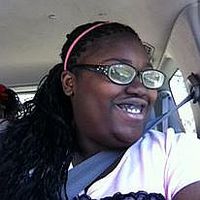 Rachael Williams is a college student who loves to read and write. She began reading at a early age and began to write, completing her first book when she was 15, even though it was unpublished.

In July of 2015 she joined the online writing community of Wattpad and shared her work with the world. With 30 books on the site and having eighteen-hundred followers her most featured work, 'The Baby Contract' has over one hundred eighty-six thousand views and ninety-five thousand votes on said site.

When she is not writing, Rachael Williams is studying and hard at work toward a Bachelors degree in Biological Sciences. Her dream is to go to med school and become a obstetrician gynecologist. However this young woman will always continue to write no matter what.