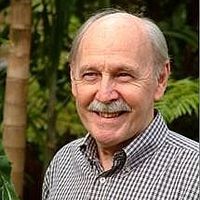 Singapore based veteran journalist, lecturer, public affairs adviser, arts lover, communications consultant, sustainability advocate, climate change activist and editor.
Produces two regular e-newsletters:
* abc carbon express (since March 2008)
* the avenue for creative arts (since February 2015).
Author of six non-fiction books: Flight 901 to Erebus, The Future South, The ABC of Carbon, Forty, Race for Sustainability and Mr SIA: Fly Past.
Originally from New Zealand, where he was a journalist working in newspapers, radio, TV and magazines.
Came to Singapore as a consultant for Singapore Airlines in 1983 and stayed on to set up and run a communications consultancy.
Lived in Australia for ten years (2000 - 2010) where he lectured in international communications at the University of Sunshine Coast and was appointed adjunct associate professor.