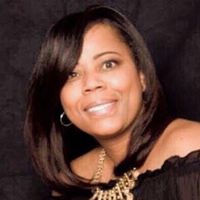 Dr. A.L. Smith read her first full-length novel, The Boxcar Children, by Gertrude Chandler Warner, in the third grade and it spawned her passion for reading. According to Dr. Smith, "the hallmark of a great story is the resounding presence of a character that transcends the final pages of a book".
Dr. Smith is a native Louisianan, Major in the Army Reserves, and a practicing Certified Registered Nurse Anesthetist. Her doctoral research study ("Evidence-Based Selection of Sedation Agents for Patients Undergoing Endoscopic Retrograde Cholangiopancreatography") was selected for publication in the 2016 edition of the Journal of Gastroenterology Nursing issue 39 volume 2. In 2010, she participated in humanitarian relief efforts during the devastating earthquake in Haiti and provided anesthesia services to a countless number of victims, many of whom were children. This experience would have a profound impact on her views concerning socioeconomic disparities here in the U.S. and countries abroad.
Her second novel, Behind Closed Doors 2: Dana’s Story, was heavily influenced by her experience in Haiti. Based on a true story, Behind Closed Doors 2 is a fictional account of a little girl named Dana and her struggle to overcome circumstances beyond her control. Falling on hard times when the father abruptly "abandons" the family, Dana becomes the ultimate sacrifice and her mother brokers the deal.
The novel has received critical acclaim from Kirkus Reviews: "Smith’s voice is both sturdy and elegant, delivering blunt, edgy prose that’s never lurid...an uncompromising but profound urban tale from an incisive author…searing drama"---Kirkus