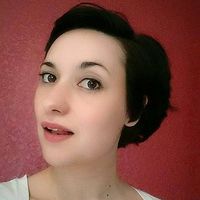 Mrs Hulme is an ordinary sort of woman, and like many, she feels greatness is just a manuscript away. Of her young life so far, she has spent almost a third of it as an enthusiastic bookseller. The other two thirds are a mixture of daydreaming, confusion, and motherhood.

Although she hasn't conquered worlds, or earned ten degrees, she likes to think of herself as a cheery, dreamy, and (somewhat) intellectual individual in a world full of too much nonsense.

Those Days We Slept in a Trumpet

Based on a true story: A tragically poignant tale of the daily life and moral struggles of a German village, and its young soldiers at war.