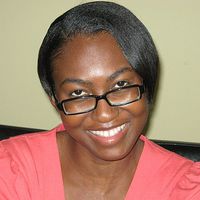 Cheryl grew up surrounded by books and always knew she wanted to write. As a child her head was constantly filled with stories. She wrote everything she could think of, from songs, comic books and magazines to short novels and film scripts, some of which are still hiding in a dusty closet. She dreamed of exploring various genres of literature and eventually venturing into screenwriting, but succumbed to social pressure to pursue a “real profession”.

Determined to do something in the arts, but knowing that it had to at least sound like a stable job, Cheryl ended up studying textile design. That didn’t work out. Too much messing around with wool and dyes and not enough words. Subsequently, because everyone needs a Plan B, she got a degree in Media Studies, majoring in print journalism. Along the way she won a couple of local writing competitions in Botswana, joined a writers’ group and wrote furiously, accumulating a pile of rejection letters.

While journalism had its perks, it didn’t take long for Cheryl to realise that fiction writing was the only career she was interested in, and two years after graduating from university she devoted herself to it full-time. Her first romance novel, Beauty and the Broker, was published in 2010. She has since published six romance novels, the Conyza Bennett YA trilogy, and a ghost story titled Crossing. All her stories are set either in Botswana, where she lives, or South Africa, where she studied for several years.

Cheryl now spends her days writing, reading and daydreaming about stories. She is currently dabbling in science fiction (light on the science, heavy on the fiction) and magic realism. There will be lots more dabbling, and she will never get a stable job.