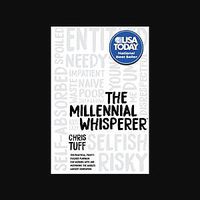 As a young Mexican-American woman, Alexis Moncada discovered a passion for feminism, activism, and political science. At the age of sixteen, she created 'Feminist Culture' a seemingly small Twitter page which grew to an audience of over 200,000 people. Passionate and dedicated, she spent most of her days creating and finding content that pertained to gender equality to share with her social media audience. Moncada eventually began a website that allowed young writers such as herself to have a platform in which they can learn and teach others, that has now reached a million visits. As she advanced in her writing and activism, Moncada was featured on New York Times, the Washington Post, MTV, and Nylon magazine for the work that she has done- even contributing writing to these outlets herself. Now ready to attend college, Moncada is ready to expand her horizons, and create a book that will inspire more and more young people to become engaged in equality and politics.