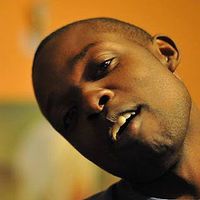 Hi, thanking you much for visiting my proposal, it really means a lot that you're here.

A little bit about myself.

I live in Nairobi, Kenya and the first born with two siblings. After high school, I first studied Aeronautical Engineering (Airframes and power-plant option), then switched to Accounts and Finance (story for another day). Well, at the moment I work as an accountant as I attend college - Bachelor of Business Administration. So much about that stuff. I am a huge soccer/football fan and my team is Arsenal Football club, though I am so disappointed in our coach Arsene Wenger this season. I am also a huge fan of fiction both in books and on TV. My favorite book up to date is Doomsday Conspiracy by Sidney Sheldon. Otherwise, I am just a normal guy ploughing through life.

Ever since I was a child I've loved stories, both listening and telling them. I remember one incident while in 5th or 6th grade where I wrote an essay paper and the teacher for some reason thought I'd plagiarized it from somewhere. Trying to catch me, she tricked me that she had misplaced my essay paper and so she needed me to write another one. Just for the record, I had not copied the story, so I wrote another essay and the story ended there. I wasn't victimized or punished or anything like that, it was only later that I came to learn why I had been asked to write a second essay. But instead of feeling bad, I was just pleased that my essay was good enough to capture my teacher's attention. I think from there on I realized I had it in me. Anyways that was many years ago, but now I am thrilled that so far I have written four books (unpublished though). The first three books are part of a series called The Ionshaker Series. The forth is called Terror Alert which is the first in another series I'm starting called the Terror series.

Please find a few reviews from bloggers and other writers that have read the first book in the Ionshaker series. They were kind enough to read the unedited manuscript and offer their reviews. You can find their full reviews on my blog which has links to their blogs (just so you can verify that I'm not making stuff up.)

WHAT OTHERS THINK OF IONSHAKER DESPERATE

"Brimming with memorable characters, thrilling action shots, theories, titles, murder and more, Ionshaker is a quick-paced heart-thumping rollercoaster. Felix Timothy takes you on a ride from scene to scene, giving the reader glimpses to pull the clues from to determine who is responsible. If you enjoy reading mystery thrillers with a lot of chases, action and good detective work, give Ionshaker a try!!!"
- MINDING SPOT REVIEWS
" A thriller of a read. There are twists and turns that keep you wanting more at every page...It is full of murder, adventure, mystery, and suspense. Keep reading until the last page because it will leave you wanting more!"
- BEE'S KNEES REVIEWS
"A believable thriller that makes you want to read more and more. The multiple viewpoints, car chases, people getting framed, the twists and dialogues are realistic, clever and funny."
- JESSICA SAMUELS, AUTHOR OF BEING A VAMPIRE
"The author has a great premise for the storyline and one can imagine how the device can be used to gain control over any country if they have it. Overall, the author did an exceptional job with his novel."
- REVIEWS FROM THE HEART