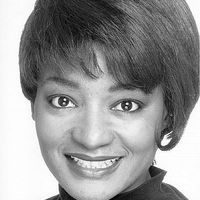 Jeanne Misha Martinez Carter was born in Anchorage, AK; the third child of seven. Ms. Carter attended the Drama Program from Cornish College of the Performing Arts, and has an AAFB in Global Business from the University of Phoenix.

Founder of the non-profit, Carter Karate Institute of Peace, Ms. Carter has been a visionary and poet since childhood and has dedicated her life to obliterating human injustice with her gifts for writing, photography, martial arts and theater production. She is of African American, Native American, and Hispanic heritage with a touch of French flavor.

Her play, Damn Victims, which is now in production as an independent film, was featured at the Edward Albee Theatre Conference as well as being performed at the Richard Hugo House in Seattle, WA.

Ms. Carter is an active educator and supporter of drama, martial arts, photography, and poetry. She has been fortunate enough to participate in activities around the world including the United States, Swaziland, South Africa, and the United Kingdom. Some of her other creations include, Spirit At Ease, The Praying Place, Whiskey Lane, and E.O 9066.