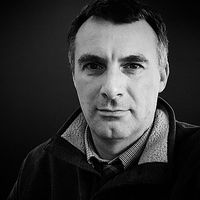 Allan L Mann is an author of crime fiction. He is a leading figure in the business aviation industry in the United States, with over 30 years of flying experience.

Allan's first full-length novel, "Tools of the Trade," was published in eBook format in early 2016, and is the first in a trilogy featuring retired Scottish Detective Sergeant Tom Guthrie. Two short stories - "Wrung Out" and "Murder in the Sma' Glen" - were published in 2015 and serve as prequels to the Tom Guthrie Trilogy. The trilogy forms part of a larger planned series, "The Angus Murders."

Current projects underway include a new series of aviation-based thrillers, the first of which, called "Wings of the Black Eagle" is scheduled to be released in late 2016.

Wings of the Black Eagle

1933. A bomb brings down an airliner over the United States. Eight decades later, the bombing is still a mystery. A mysterious man walks into the office of private investigator, ...